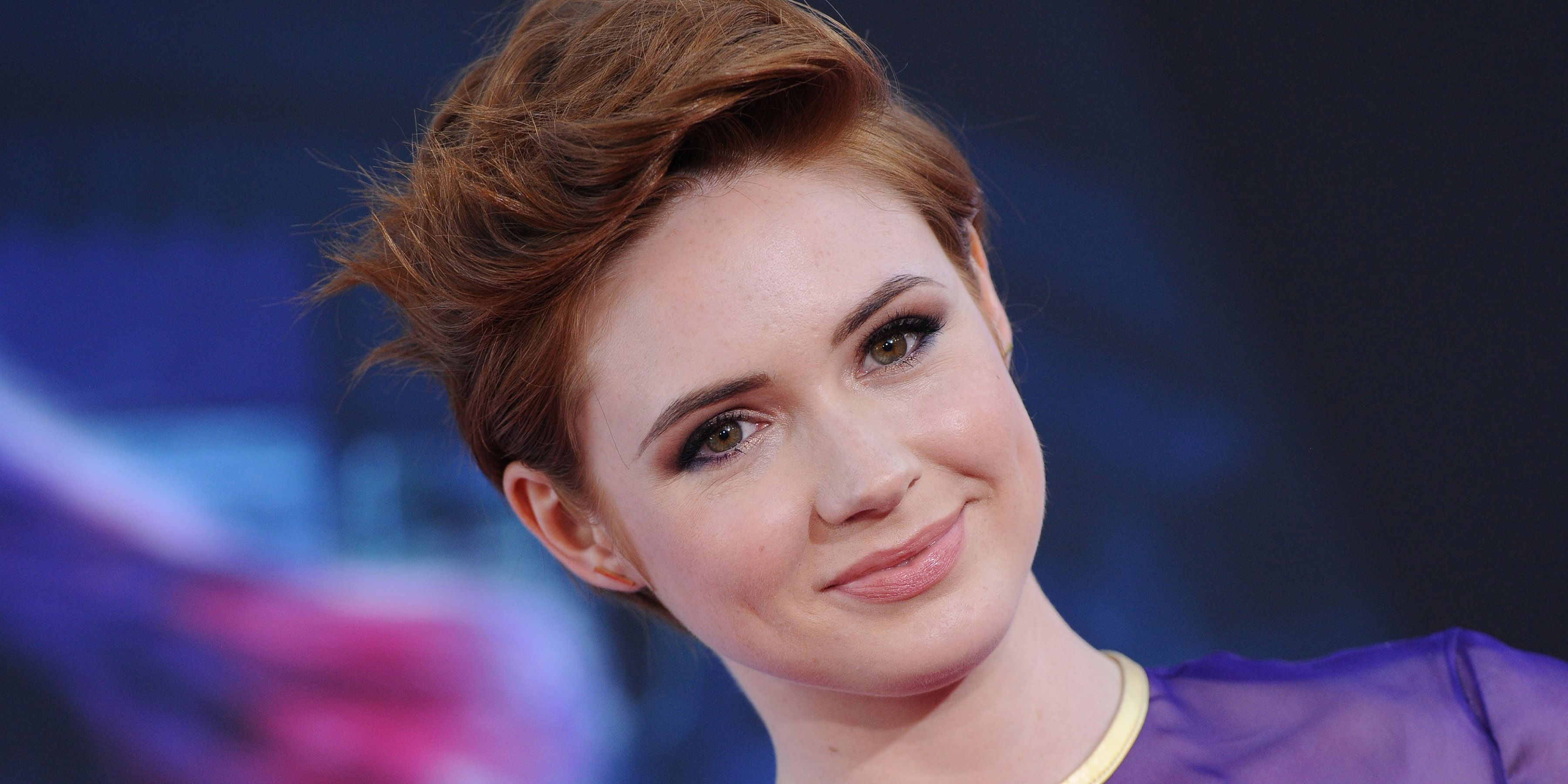 Nebula herself, Karen Gillan wants to delve into the director’s role next after the Marvel Cinematic Universe’s Infinity Saga has ended. She talked with Variety‘s The Big Ticket podcast as part of the Avengers: Endgame press tour (RTF critic Tony Artiga reviewed the box office winner HERE if you’re interested), and says she’s asked Kevin Feige about it.

“I keep asking Kevin Feige when that’s going to be. I’m still waiting.” She wants to wait for one she thinks is right though. “I think it would need to be one where I had a strong feeling that I was the best person for the job. Obviously that’s not every movie that comes your way,” she added.

Karen Gillan is also excited for the first female Avenger’s solo movie Black Widow. Gillan got asked about the length of time that it has taken for Scarlett Johansson to get her solo movie, and said, “it does feel like she should already have one.” On expansion, she said “It’s kind of a new thing and we’re living in this time of change at the moment. To see Captain Marvel do so well, I mean, I was crying in the cinema. So happy that she was smashing and people were loving it. I think it’s time to see the Black Widow movie.”

Gillan was also asked about James Gunn’s re-hiring by Marvel this year after controversial tweets resurfaced, reaffirming Guardians of the Galaxy Vol. 3 would not have been the same as the previous two movies.

“His personality, the tone of those movies, I can only describe as James’ personality, It’s his sense of humor, his writing, his taste in music. These characters are extensions of him. It’s a really personal project for him. It definitely wouldn’t have been the same version of Guardians.”

I would love to see Gillan get in the director’s chair. She shined as Amy Pond in Doctor Who, and she’s shown great range with her role as Nebula in the Marvel Cinematic Universe and as Martha in Jumanji: Welcome to the Jungle, and Jumanji 3. She’s directed a few different short films, The Hoarding, Fun Size Horror: Volume 2, and Coward. She also starred in, wrote and directed the feature length film, The Party’s Just Beginning, so needless to say she has experience. I’m excited to see where she goes in the future.

Next post RUMOR: Keanu Reeves To Appear In HOBBS & SHAW