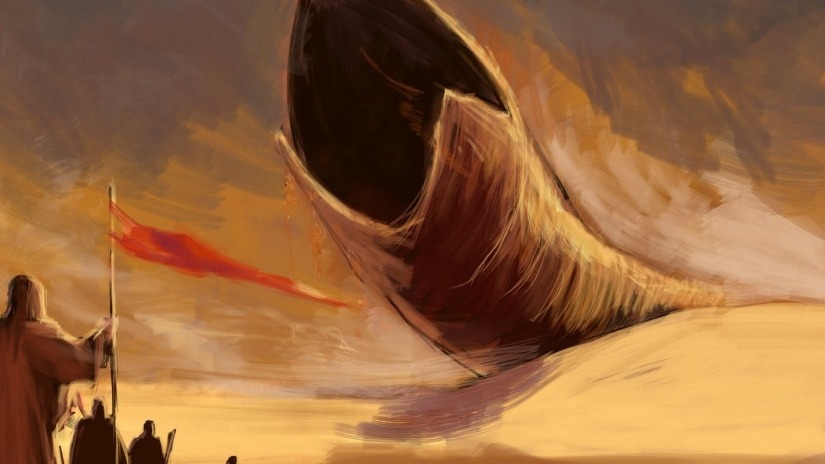 I have made it clear in the past that I am pumped for Denis Villeneuve’s upcoming adaptation of the science fiction epic Dune by Frank Herbert. Aside from ranking Villeneuve as being at the top of my favorite filmmakers working in the film scene today, the Blade Runner 2049 director has amassed a ridiculously impressive team for his next film such as Rogue One‘s Greig Fraser as his Director of Photography and Hans Zimmer as its composer, as well as a set of all-star actors such as Timothee Chalamet, Rebecca Ferguson, Josh Brolin, Zendaya and Oscar Isaac to name a few.

In the past, there was talk that Villeneuve would be splitting his adaptation of Herbert’s novel into two films, due to the extensive lore and length of the source material. In a new interview with THR, Legendary Entertainment CEO Joshua Grode confirmed that this was still the plan.

When asked about splitting the story into two films, Grode answered, “That’s the plan. There’s a backstory that was hinted at in some of the books [that we expanded]. Also, when you read the book there’s a logical place to stop the movie before the book is over.”

Admittedly it’s been several years since I read Dune myself, so I need to think over what spot in the story that Grode is alluding to here as being a logical stopping part for the first film. However what I find more interesting in his answer is the implication that Villeneuve and his team are also delving into the lore and backstory of other entries in the Dune series. Just what exactly are they planning to incorporate into the film here? I’m eager to find out!