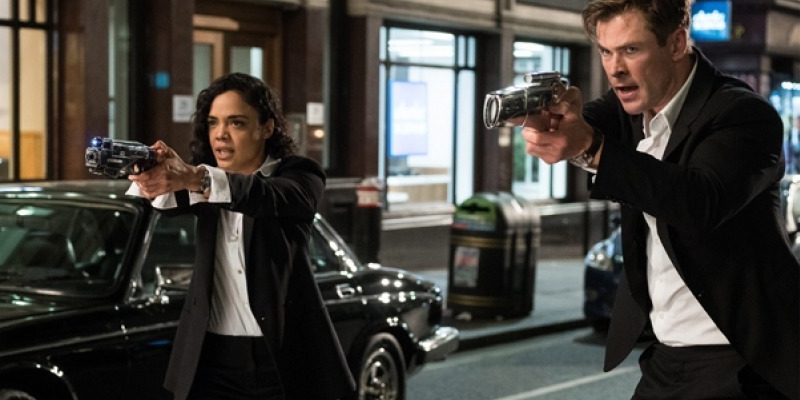 It’s hard to believe that it’s been 22 years since the first Men In Black film arrived in theaters. I still vividly remember the Will Smith/Tommy Lee Jones flick having a “big event” feel when I was in Middle School, and catching it as part of the celebration of my 8th Grade graduation. And now, all these years later, we’re about to get the fourth installment in the franchise, Men In Black: International.

Men In Black: International swaps out Smith and Jones for the Thor: Ragnarok duo of Chris Hemsworth and Tessa Thompson, and hopes to breathe new life into the series- which was last seen in theaters when Men In Black 3 came out seven years ago in 2012.

The movie has gotten a new trailer, which you can check out right here:

The Men in Black have always protected the Earth from the scum of the universe. In this new adventure, they tackle their biggest, most global threat to date: a mole in the Men in Black organization.

This relaunch of the Men In Black franchise is directed by F. Gary Gray (Straight Outta Compton, The Fate of The Furious).

Men in Black: International is set to come to a theater near you on June 14.

Previous post The Russos Are Working On A Stan Lee Documentary