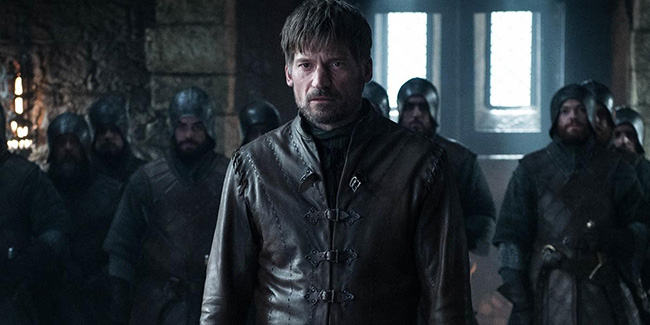 When I first watched A Knight of the Seven Kingdoms, the second episode in Game of Thrones’ final season, I was little miffed. I felt they’d wasted another hour they couldn’t afford to lose. Upon my second viewing, though, its subtleties took shape.

Set entirely in Winterfell, it’s an episode built to tie emotional loose ends. And some of its finest moments revolve around actions, conversations, and humanizing admissions that took place years ago. None of it could work, if we hadn’t taken this journey across Westeros with them, living and dying with each glimmer of hope. The payoffs in A Knight of the Seven Kingdoms—to put it mildly—are incredibly satisfying and heartfelt.

It was also monumentally important that we were able to get them. Things are about to shift. Dramatically so.

This episode was the goodbye to many of these characters we won’t have the luxury of once the Night King arrives. When he strides in atop Viserion, it will be anarchy. The tender moments provided here will be lost in a maelstrom of death and destruction. Knowing that makes these exchanges that much more powerful.

In Jaws, Captain Quint delivers an ominous monologue, detailing the harrowing account of survival (or lack thereof) he and his fellow servicemen faced while adrift at sea. It’s a brutal retelling of men condemned to die—cold and alone. The conversations in A Knight of the Seven Kingdoms are more jovial, but the underlying acknowledgement is the same. It’s written across each of their faces.

What they will be forced to fight in the coming hours and days will more than likely be the end of their lives. Some will survive, sure, but most will not. All that is left is the collective pleasure of each other’s company.

It’s an episode that hinges heavily on our love for them, and it delivers. The chemistry between them is so compelling. These are people from all different walks of life—who in more ordinary circumstances would be hard pressed to occupy the same space—yet in each scene, you can sense how deep their history goes. There are three moments, to me, that stood out above the rest.

There is one between Jorah Mormont (Iain Glen) and Samwell Tarly (John Bradley) that is perfectly illustrative of that tangential connection the show’s characters share; another with Theon Greyjoy (Alfie Allen) that is poetic in its foreshadowing; and one with Brienne of Tarth that wonderfully bookends her relationship with Jaime—one initially built on mockery and jest that transformed into a mutual respect.

Throughout its eight seasons, Game of Thrones has introduced us to an incredibly diverse cast. There are characters we’ve loathed, loved, and lost. Some have crossed paths before, some have not. Yet they are all connected in some peripheral way. It’s a testament to the epic nature of the show that it’s so consequential to have the likes of Tormund Giantsbane (Kristofer Hivju), Tyrion and Jaime Lannister (Peter Dinklage and Nikolaj Coster-Waldau), Brienne of Tarth (Gwendoline Christie), and Davos Seaworth (Liam Cunningham) all in the same room for the first time.

As a viewer, we can’t help but wonder what’s going to happen in the coming hours. And with only four episodes to go, the realization that many of these people will not live beyond the horrors to come is a difficult one to reconcile. It was nice to have this brief reprieve with them, a final opportunity to observe them in a rare instance of mutual peace and agreement.

I Drink and He Knows Things – Capt. Cash and I break down the second episode of Game of Thrones‘ final season, offering our overall impressions, posing lingering questions we may have, and speculating wildly on what’s to come. Caution: This brief podcast is full of spoilers.