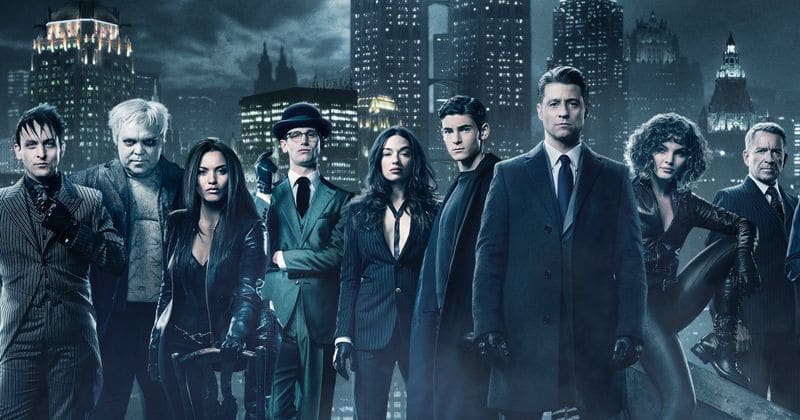 The time has come! After years and five seasons’ worth of waiting, fans of the TV series Gotham will finally see its iteration of a young Bruce Wayne don the Cape and Cowl and complete his series-long transformation into the Dark Knight. Audiences recently got to have their first full look at the show’s iteration of the Joker and other villains like the Riddler, the Penguin and Bane are all set to appear as well. With the series finale approaching soon, an official trailer for the last episode has been released!

As someone who never really got into the series, I don’t think I have the same emotional attachment to this iteration of the Batman cast as I do others, but this trailer does seem to promise a very exciting conclusion to this cast’s journey over the past five seasons. Overall it looks and feels like a blend of Christopher Nolan’s Batman Begins and the more colorful, campy flourishes of the original films from Tim Burton and Joel Schumacher. The content is dark, but the villains have all evolved into vibrant, colorful takes not unlike a normal comic book.

The official description for the episode reads as thus:

“A series of crimes leads Gordon to suspect that Penguin and The Riddler are up to their old tricks. However, when Bullock is framed for a murder, Gordon begins to piece together an even more sinister plot targeting the city, and a new figure emerges from the shadows to be the hero Gotham desperately needs in the all-new “The Beginning…” series finale episode of Gotham.“

What do you think? Share your thoughts with us below!

Next post Boyega Says THE RISE OF SKYWALKER ‘Ends Everything,’ Doesn’t Expect To Play Finn Ever Again