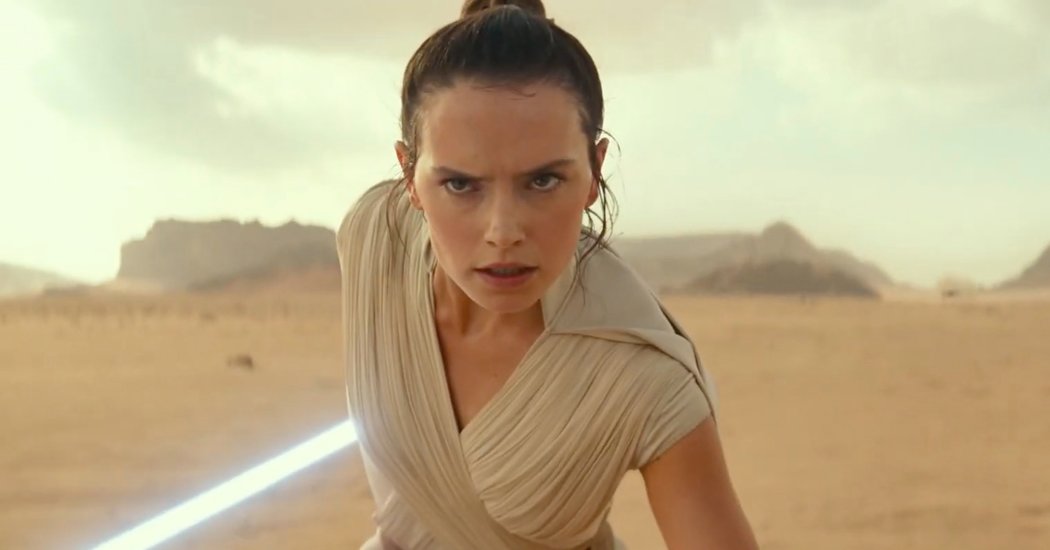 With this year’s Star Wars Celebration now at an end and the new teaser trailer for Star Wars: The Rise of Skywalker out and settled in fans’ minds, one of the big takeaways from the highly anticipated Episode IX is that the Skywalker Saga that began all the way back in 1977 is finally coming to an end this December. However considering how films and mini-series about existing characters such as Han Solo and Cassian Andor have been made or are in the works, it doesn’t seem out of the range of possibility that fans will eventually see characters introduced in the Sequel Trilogy such as Rey, Finn, Poe Dameron, or Maz Kanata again at a later point.

In a new interview video from MTV News, Lucasfilm President Kathleen Kennedy agreed on that point, stating, “You know, there is an appropriate time. We’re using this appropriate time as an opportunity to see where we’re going now that we’re leaving the Skywalker Saga behind. But there’s no question that there’s certain characters that we’ve created certainly in the last three movies that we may very well wanna see down the line in the future.”

#Lucasfilm president Kathleen Kennedy talked to us about the future of #StarWars – including a Knights of the Old Republic movie and female filmmakers taking the helm, as well as Palpatine’s surprise return in the trailer for @StarWars #EpisodeIX pic.twitter.com/HCjEhdlRv7

Kennedy also spoke about the upcoming Star Wars shows set to arrive on the upcoming Disney+ streaming service, such as this year’s The Mandalorian. She stated, “We also have huge opportunities with Disney+ now to be able to look at that space and find perhaps even smaller stories, grittier stories. And yet [The Mandalorian], which debuts in November, has huge scope and scale so we’re just excited about what the potential is for the kind of things that we can do.”

It’s certainly an exciting idea, because it implies that characters like Poe and Finn can get their own spinoff mini-series on Disney+, similar to what Marvel Studios is doing on that platform with shows like Falcon and Winter Soldier.

What do you think? Are there certain characters from the Sequel Trilogy that you would like to see appear down the line in more films or TV shows? Be sure to comment below!

Previous post Abrams Seems To Confirm A Major Retcon Is On The Way In STAR WARS: THE RISE OF SKYWALKER