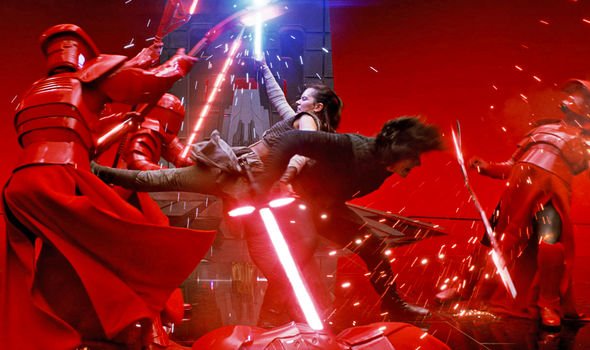 It seems like Star Wars: The Rise of Skywalker lead actress isn’t a big fan of a fan favorite coupling. Speaking with Steele Wars, Daisy Ridley says she’s not sure how she feels about her character, Rey, and Adam Driver’s character, Kylo Ren, becoming a couple in the new film:

“I don’t know how I feel about it, because everyone’s talking about the toxic thing thing of a relationship when it’s essentially emotional. It’s a tricky road. I do feel like, deep down, Kylo thinks what he’s doing is right and he doesn’t think he’s wrong, but he has also killed so many people. So I can’t really get behind it, no, in a personal way.”

While Ridley may be sour on the relationship, she stresses she isn’t giving away anything and it could very well be explored in the film. Her lips, like all of the cast and crew, seem to be sealed beyond offering infinite possibility:

“Well, maybe there’s redemption, who knows? Maybe we explore it in the film.”

There’s also the matter that is still unsettled in many fans’ minds: Are they related? A question director J.J. Abrams seems to be leaving up in the air while stressing he wants to honor what director Rian Johnson did in The Last Jedi.

We will know soon enough!

Next post THE SUICIDE SQUAD: John Cena In Talks To Join (Maybe As Peacemaker?!)