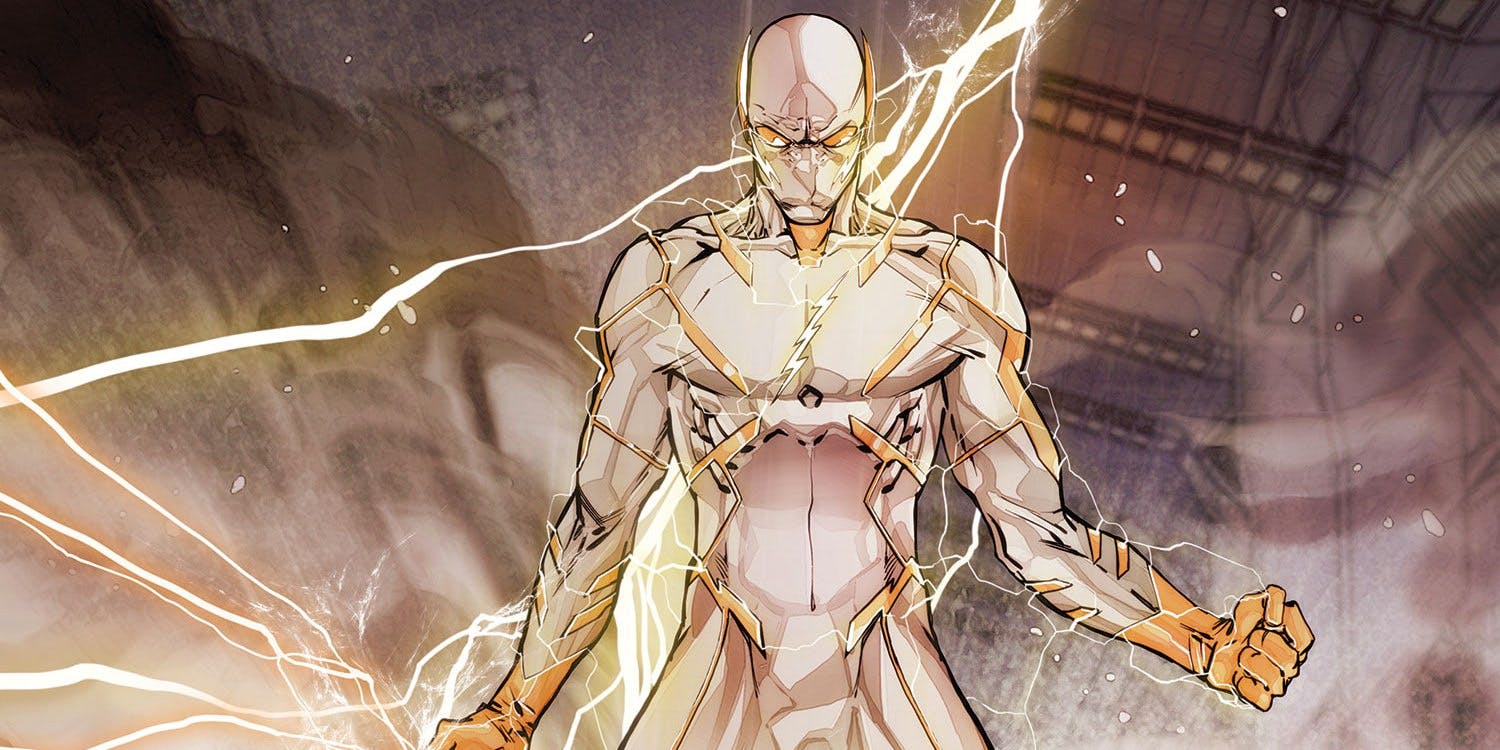 The Flash has been on a brief hiatus but will make it’s triumphant return tomorrow. The episode will be called “Godspeed”, and will be directed by veteran series regular Danielle Panabaker, who plays Caitlin Snow/Killer Frost.

Godspeed will be the villain of the episode – and possibly of the future. With the reveal that Nora has been working with Thawne, everything seems to be on the table. The synopsis for the episode hints at the distrust, but doesn’t say much about the new speedster villain.

“After discovering that Nora (Jessica Parker Kennedy) is working with Thawne (Tom Cavanagh), Barry (Grant Gustin) and Iris (Candice Patton) disagree about how to handle their daughter in the wake of this shocking news. Team Flash isn’t sure they can trust Nora, so they go through her journal to find out exactly how she came to work alongside their greatest nemesis.“

The light doesn’t flatter the costume, but costumes on CW shows always look better in motion, so best to hold off judgment until he is seen in the episode tomorrow. Plus, that costume can’t be comfortable. It must take forever for the actor to get out of it to use the bathroom.

What sets Godspeed apart from other villainous speedsters in the past, is that he has the power to disconnect a speedster from the speed force, there by killing them.

In the comics, Godspeed was Barry’s contemporary. However, I have a feeling that this version is a villain from the future. He could be Nora’s nemesis, and will have to do with Thawne. This is just speculation, but maybe that chamber that Thawne is in is some sort of stasis. He could have been disconnected from the speed force and is trying to change things via Nora before his time runs out and he perishes. Again, that is just a theory, but all of the seeds are already planted.

We will find out soon enough, as The Flash returns tonight at 8pm.

Next post Joel McHale And Jimmi Simpson Will Be In PSYCH: THE MOVIE 2