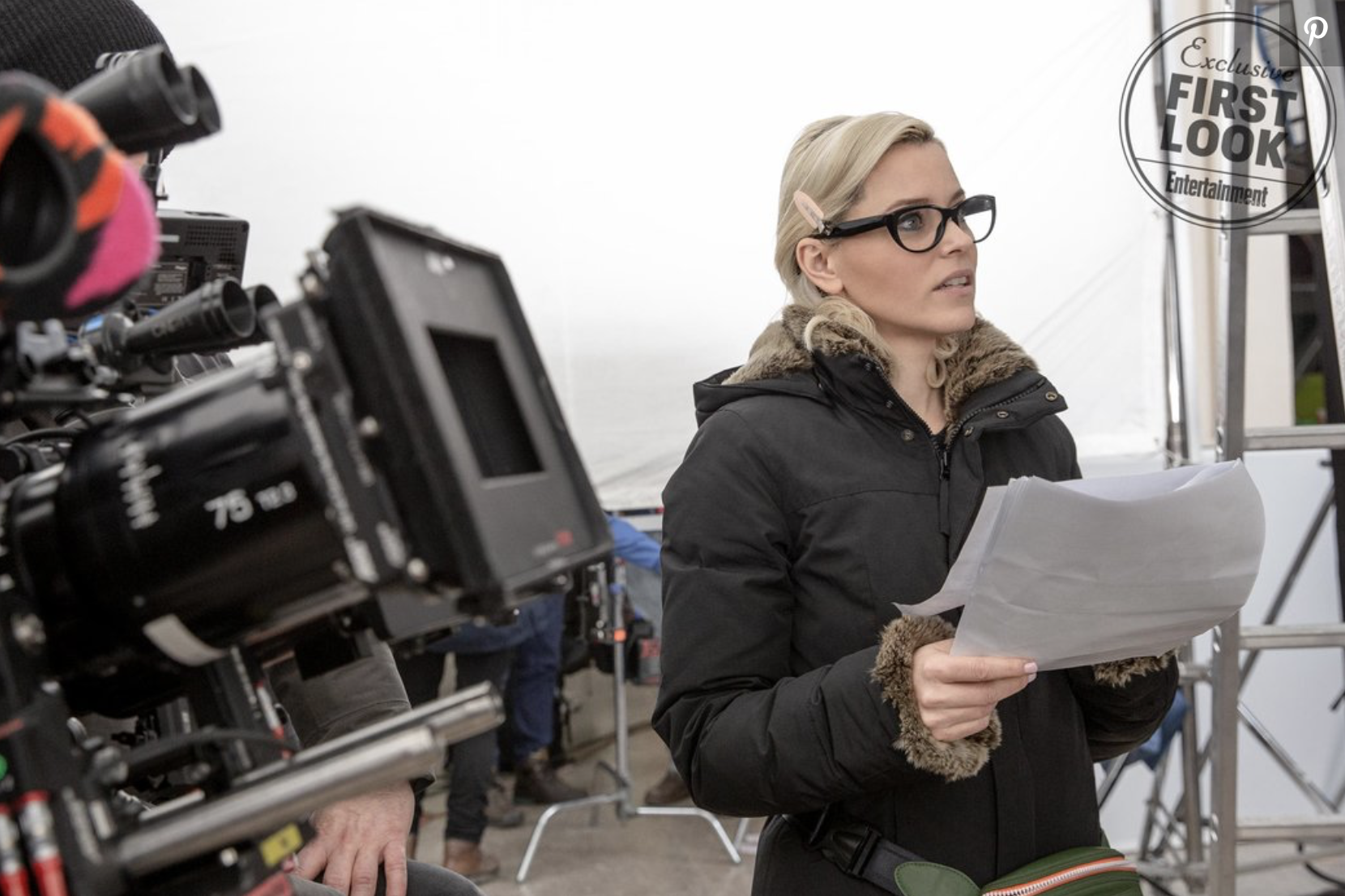 We got the first look at some photos of the Elizabeth Banks’ Charlie’s Angels reboot this week thanks to Entertainment Weekly. They don’t say a ton about the upcoming movie, but these women look powerful and awesome. Check some of them out below.

Kristen Stewart is starring as Sabina Wilson, Naomi Scott is starring as Elena Houghlin and Ella Balinska is starring as Jane Kano. We’ve got a picture of a group of equestrians with Stewart front and center. Then we have Stewart and a character known as the Bosley played by Banks. A Bosley in Charlie’s Angels is a person who helps the Angels in their missions, as well as serving as the middle man or in this case woman between the Angels and Charlie Typically there’s only one Bosley, but this changes in this movie, with Patrick Stewart and Djimon Hounsou signed on to also portray characters known as Bosley. No word yet as to how this will all play out

We also have a group shot of the Angels and Banks, where these ladies look absolutely amazing. Powerful, and dressed for success, with looks to kill. The other photos include the Angels looking tactically at something, Houghlin looking shady, and Kano with Noah Centineo. We do have a solo picture of Banks working as the director, which you can see up top of the article. We got our first pictures from the reboot last fall, a year from the movie’s original premiere date.

Centineo has currently been tapped to play He-Man in an upcoming adaptation. Scott will be playing Jasmine in the upcoming Aladdin movie.

Are you excited for the upcoming Charlie’s Angels reboot? What do you think of the pictures? Let us know in the comments below, and stay tuned for more, on Charlie’s Angels.

One thought on “Your First Official Look At The CHARLIE’S ANGELS Reboot Is HERE!”

Previous post A New TV Spot For AVENGERS: ENDGAME Is Out!