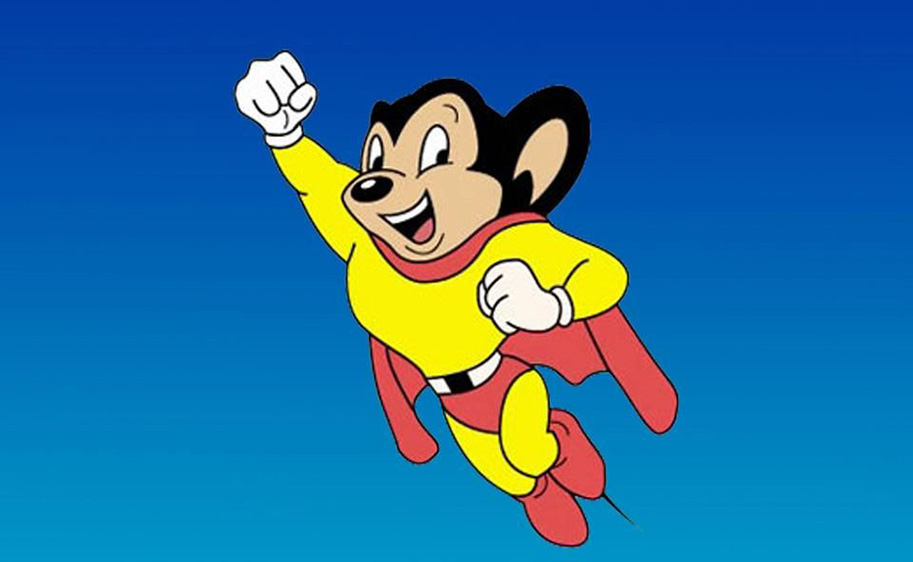 Here he comes to save the day! Deadline reports that Paramount Animation have hired The Meg co-writers Jon and Erich Hoeber to pen a script for their upcoming hybrid film adaptation of the classic 1950’s Superman cartoon parody Mighty Mouse. In case the property name doesn’t ring a bell, just refer back to the opening sentence and recall the catchy melody that line is often sung in, as it’s part of the old show’s theme song. You might also know it from the famous Andy Kaufman bit famously recreated by Jim Carrey in Man On The Moon. Aside from The Meg, the Hoeber Brothers have previously written for films such as Red, Red 2 and Battleship. The site also notes that Mighty Mouse will be produced by Karen Rosenfelt and Robert Cort.

So what do we make of this news? Personally I’m not sure myself. My familiarity with Mighty Mouse is considerably limited and it seems that very little is known so far about this new animated film. However considering the Hoeber Brothers’ previous filmography, this project definitely seems like a huge departure for the duo. Even if we assume that the aforementioned “hybrid film” descriptor refers to a combination of live action and animated filmmaking, something like Mighty Mouse seems to have a very different tonal feel compared to action blockbusters such as The Meg, Battleship or the Red films.

Another thought I have is that we currently live in a time where the very concept of Superman as a character is currently up for debate among audiences and fans. That schism among fans could very easily prove to either be a difficulty for this new parody iteration of Mighty Mouse or it could potentially inform how the new film parodies the Man of Steel. Only time will tell.