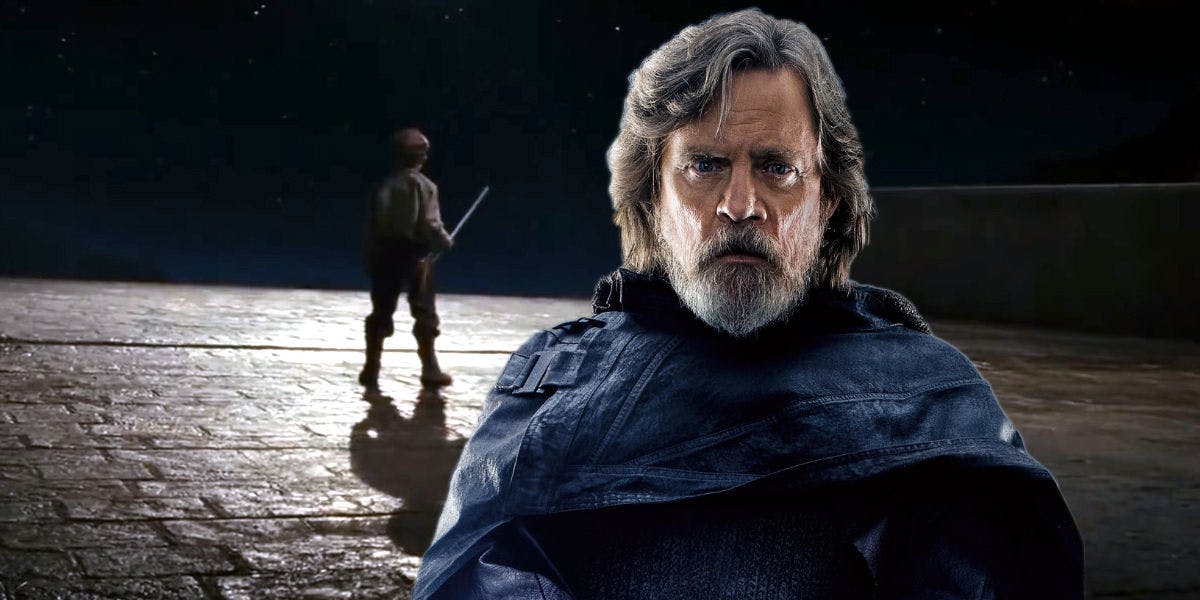 We all know Mark Hamill has had issues with the way Star Wars has treated Luke Skywalker. Ultimately it is what it is and the sequel trilogy for Star Wars has chosen to move in the direction of treating him as a legend that lost his way. Hamill recently spoke with The Hollywood Reporter, where he talked about his new series Knightfall, as well as on the pitch he had for a reunification of the original trilogy’s top three.

According to Hamill, he still would have had Luke come in at the end of The Force Awakens, but he would have changed the ending with him recreating a scene from A New Hope.

“You can still have me come in at the very end, but how about this. How about Leia’s trying to contact me telepathically, she gets frustrated because there’s no answers, so she rushes to the new Death Star —
And she almost gets there but she gets stopped by two Stormtroopers and, just before she’s abducted, one Stormtrooper turns to the other one, blows him away, pulls off his helmet and says ‘Hi, sis, I’m here to rescue you.’ I say, ‘It’ll blow the roof off the joint, I’m still in it at the very end.'”

Hamill claims it would be a callback to the original movie, and while it would have been cool, it would have forced more of an opinion that The Force Awakens was a “reboot” of A New Hope. I do agree with his second opinion though. Han’s death would have had more of an impact if he or Leia or both of them had been involved.

“I think it’s more effective to have people that really have a history with Han Solo witness his death and be unable to stop it, — His wife, the mother of his child, his best friend, instead of two characters that have known him, what, 20 minutes? But they get the keys to the kingdom, and they’re the deciders, so you just have to live with it.”

The sequel trilogy’s main theme has really been “be your own hero”. So it’s understandable Lucasfilm chose to do things the way they have so far. I would have liked to see Luke have more of an involved role, but I actually enjoy the sequel trilogy, so ultimately you have to set your expectations aside. Hamill does love aspects about the sequel, even though most times his comments come off as if he doesn’t.