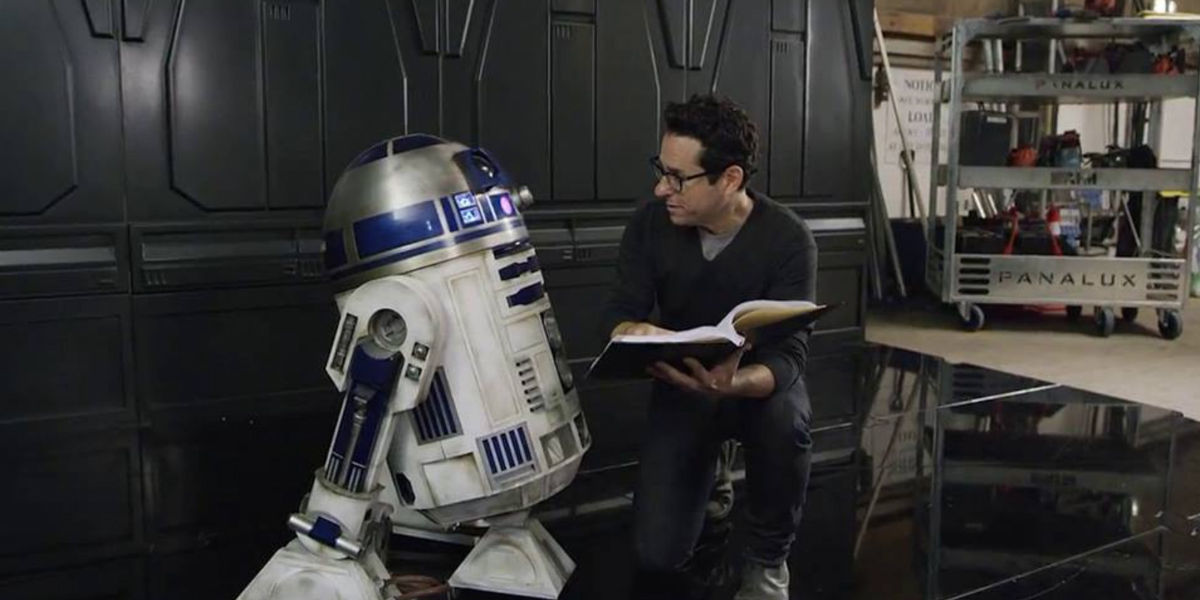 This is most likely the last Wednesday ever that we have to refer to Star Wars: Episode IX as Star Wars: Episode IX. Soon, we will be able to use the real title, with it being expected to be revealed on Friday. (For the record, I think it will be A Spark Of Hope). J.J. Abrams is closing the saga that he brought back to life. It is a daunting task, and in an interview with Fast Company, he chronicles as much.

Abrams talks about not just finding closure in the threads started in The Force Awakens and The Last Jedi, but also the saga as a whole.

“So our movie was not just following what we had started [in The Force Awakens], it was following what we had started and then had been advanced by [Rian Johnson in The Last Jedi]. So there was that, and, finally, it was resolving nine movies. While there are some threads of larger ideas and some big picture things that had been conceived decades ago and a lot of ideas that Lawrence Kasdan and I had when we were doing Episode VII, the lack of absolute inevitability, the lack of a complete structure for this thing, given the way it was being run was an enormous challenge.”

He mentions the “lack of a complete structure” which has its positives and negatives. The positives are that the filmmakers can have more of a say of where they want the story to go, the negatives are that things can get a bit sloppy, and disagreements can lead to firings. Directors being let go on Star Wars films is an all too common occurrence.

However, we might be in for a treat. Abrams says he thinks him and his team pulled off the near impossible task of servicing and closing out the entire saga.

“However, to answer your question—truly, finally—now that I’m back, the difference is I feel like we might’ve done it. Like, I actually feel like this crazy challenge that could have been a wildly uncomfortable contortion of ideas, and a kind of shoving-in of answers and Band-Aids and bridges and things that would have felt messy. Strangely, we were sort of relentless and almost unbearably disciplined about the story and forcing ourselves to question and answer some fundamental things that at the beginning, I absolutely had no clue how we would begin to address. I feel like we’ve gotten to a place—without jinxing anything or sounding more confident than I deserve to be—I feel like we’re in a place where we might have something incredibly special. So I feel relief being home, and I feel gratitude that I got to do it. And more than anything, I’m excited about what I think we might have.“

The “Band-Aids and bridges” comment is an interesting one. That can work for some films. It apparently happened with The Joker – a film that was being rewritten on the go. I could be mistaken, but I think the first Iron Man movie didn’t have a complete ending when filming commenced. But the most famous example of that happening – and working extremely well – is Christopher McQuarrie’s two Mission: Impossible movies. He has been on record in saying they would film things without a script, and scrape together the story as they went, changing things on the day. The latest two Mission: Impossible movies are some of the most fun you’ll ever have watching a movie. So it can work. But for that to have not happened with Episode IX is nice, after some of the messy productions they’ve faced.

These comments are just the tip of the iceberg. Star Wars Celebration starts Friday, and we will be inundated with all kinds of things. Posters, titles, trailers, screenshots and fresh speculation. Not just for Episode IX but for The Mandalorian and EA’s new video game The Fallen Order as well. Star Wars fans have a lot to look forward to this weekend.