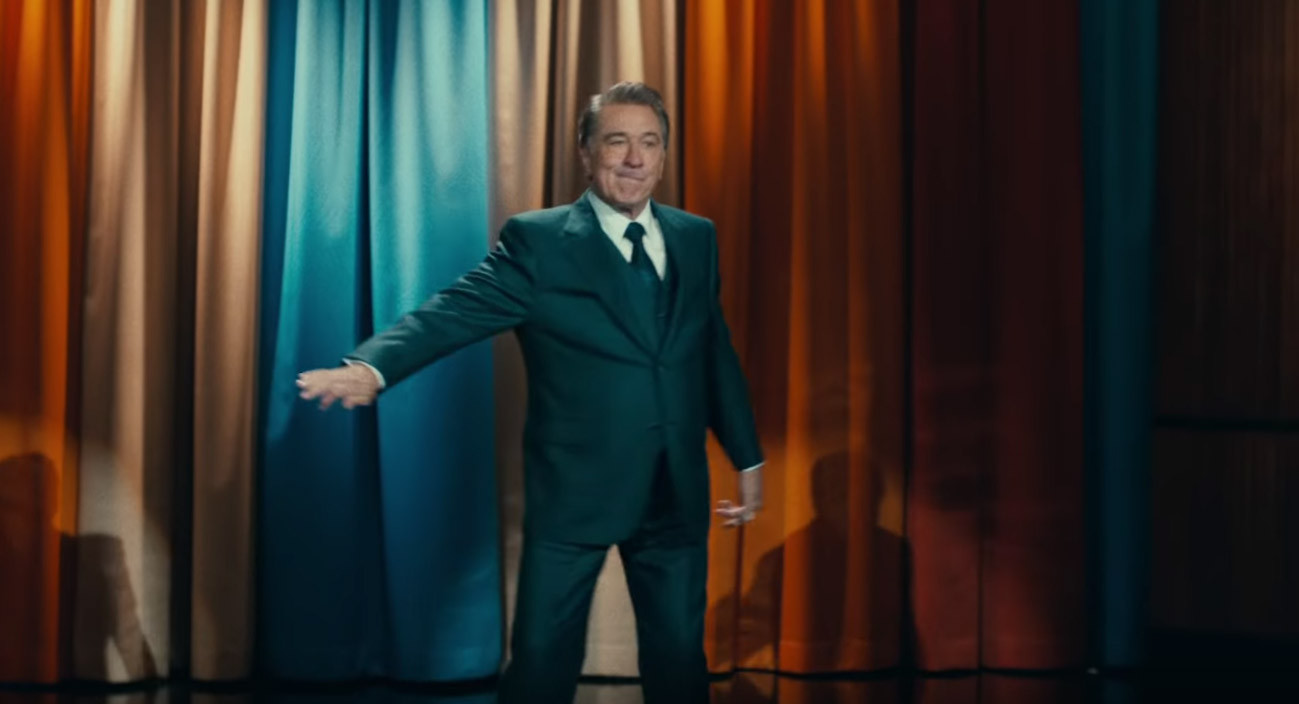 Earlier this week, DC Comics fans finally got their first big look at Todd Phillips’ upcoming Joker film, starring Joaquin Phoenix in the titular lead role. The psychological thriller has impressed quite a number of fans with its promises for a small-scaled character study on the man who will go on to become the Clown Prince of Crime. The new trailer also wears its Martin Scorsese influences on its sleeves, showing how its DNA code wears up to films like Taxi Driver and The King of Comedy all through out. Naturally this also included the “blink-and-you’ll-miss-it” cameo with Scorsese’s longtime collaborator Robert De Niro.

In a new article from IndieWire, De Niro confirmed that his new role in Joker is a thematic nod to The King of Comedy in particular. In The King of Comedy, De Niro starred as a psychopathic stand-up comedian named Rupert Pupkin obsessed with one of TV’s most popular talk show hosts, culminating with a stint in prison and a potentially not real “dream gig” waiting in the wings. De Niro explained, “There’s a connection, obviously, with the whole thing. But it’s not as a direct connection as the character I’m playing being Rupert many years later as a host.”

“If they would’ve proposed that to me, I would’ve said, ‘That’s interesting, maybe we’ll try to do that,’” De Niro added. “But by making this type of film, it is connected in a way, as you’ll see.”

On that note, part of me wonders if fans might finally get to see one of the most iconic Joker moments from a comic brought to life with this teased “talk show” appearance bit from the trailer? For the uninitiated, let’s just say that the Joker makes an appearance on a late night talk show hosted by a very obvious David Letterman copycat and the Clown does what you’d probably expect him to do.

Next post Emma Stone And Ralph Fiennes ‘Eyed’ To Star In Alexander Payne’s Horror-Comedy THE MENU!