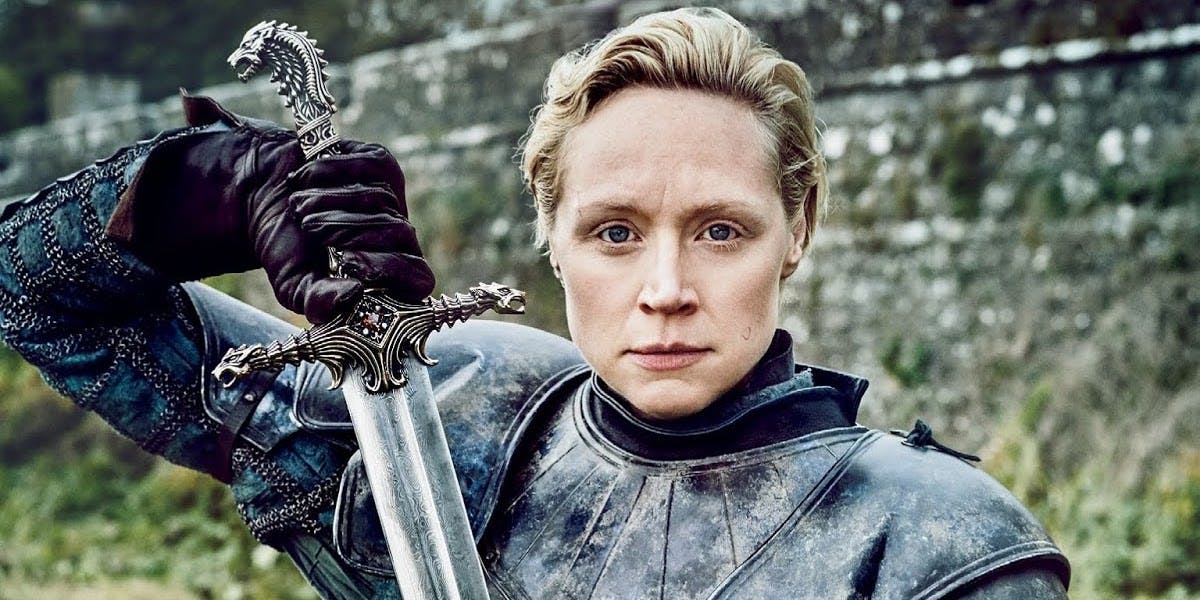 The Game of Thrones premiere red carpet was two days ago, and the cast turned out for the final season’s first episode. Variety got to interview some of the cast as they walked the red carpet and Gwendoline Christie’s comments about the many females in Game of Thrones stood out. Christie plays Brienne of Tarth, the oath keeper on the hit show, and has also become a fan favorite playing the Storm Trooper Captain Phasma in Star Wars‘ sequel trilogy. Check out what she has to say below.

“It’s really extraordinary, isn’t it? Because Game of Thrones has come about at a time where the birth of the Internet also really occurred with people using it regularly, having phones where they could refer to it with ease. And what the Internet has done is provide everyone with an equal voice, and one element was that we heard what audiences want. And what they want are more female characters, and they want more complex female characters, — and something I’m deeply proud of in this show is that it has honored the books, it has taken the characters that are so exquisitely drawn and described in the books and maintained that and kept it in the TV show. And I think that this huge phenomenon that is Game of Thrones has illustrated that people want to see female characters. They’re interested in those stories, and it has provided some really exceptional female characters. I’m very proud to be a part of it.”

Christie always plays extraordinary characters, and it’s fantastic to hear Game of Thrones has kept its complexity about female characters from the books. I can’t speak to the quality of the show as I haven’t watched it, but I’m even more excited to see it now. The final season’s episodes will average close to an hour and ten minutes each, and the season is supposed to contain the most epic battle in entertainment history. I hope the push for complex female characters in this show can be made in other shows as well.

Game of Throne‘s final season premiere on HBO Sunday April 14. Stay tuned here at Revenge of the Fans for all your Game of Thrones news.