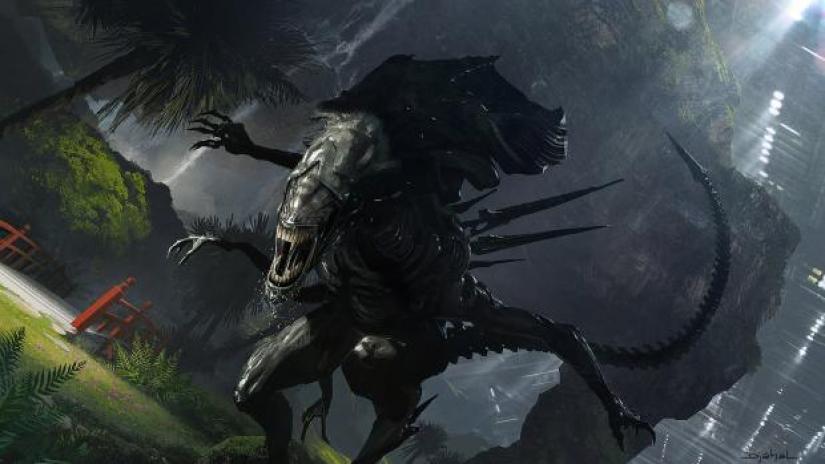 It’s worth remembering that in the wake of Disney’s merger with 20th Century Fox finally being completed a few weeks back, the House of Mouse now holds the keys to quite a few new franchises besides the numerous Marvel characters under the Fantastic Four and X-Men banner that can now join the world of the Marvel Cinematic Universe. Personally I have spent a good chunk of the past year and a half wondering what Disney would ultimately do with one of my personal favorite franchises under the Fox banner; Alien. While details remain vague for now, fans of that IP and several others can take solace in knowing that new projects are on the horizon.

During their recent panel at this year’s CinemaCon, Fox’s Emma Watts joined Disney’s Alan Horn onstage to namedrop franchises such as Alien, Avatar, Kingsman and Planet of the Apes as being IPs with “new stories” that the team is now working on. More details beyond that statement though appear to be vacant in the meantime.

So let’s walk on over into the Speculation Zone and talk about Alien in particular here, as that’s the franchise among the named IPs that I’m most curious about moving forward. It’s been a very long time since an Alien film resembled anything close to a home run, but I absolutely believe that the possibility for a winner is still present. Just what direction are Disney and Fox planning on going with for their next Alien film?

There were plans awhile back for Ridley Scott to return for another entry in his prequel series, but that seemed to falter and fade away into the night after Alien: Covenant struggled at the box office back in 2017. Are they planning on bringing that back to the assembly line? Another possibility I’m curious about is whether the powers that be might resurrect the short-lived plans from 2015 of making a new sequel to Aliens helmed by Neill Blomkamp with Sigourney Weaver and Michael Biehn as older and still very much alive iterations of Ellen Ripley and Corporal Dwayne Hicks.

As for the other franchises, the Avatar sequels are in the process of being made right now, and plans for the Kingsman universe seem to still be intact.

What do you guys think? Be sure to share your thoughts with us below!