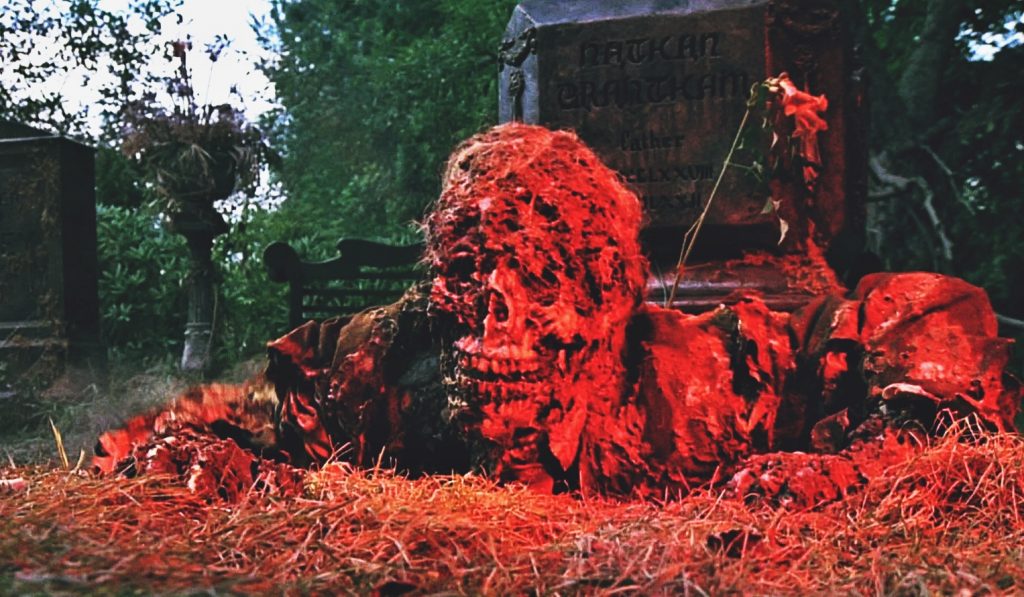 Anthology shows are quite popular these days, especially for genres such as science fiction and horror! For instance, Jordan Peele is currently overseeing two different anthology shows with his new iteration of The Twilight Zone and Weird City on YouTube Originals, while American Horror Story and Black Mirror are both still going strong after dominating television for a few years now. Additionally, newcomers such as The Haunting and Castle Rock have also joined the horror crowd over the past year. We’ve known for awhile that The Walking Dead alum Greg Nictorero was working on a series reboot of the 1982 horror anthology film Creepshow to join in the fray and now fans have some exciting casting news for the show!

It has been announced that horror veteran Adrienne Barbeau, who starred in “The Crate” segment of the 1982 original film, will be starring alongside Giancarlo Esposito of Breaking Bad fame and Tobin Bell of the Saw franchise in the series’ adaptation of Stephen King’s story “Grey Matter.” The story is being adapted by Byron Willinger and Philip di Blasi and directed by Nictorero himself.

“I was thrilled when Greg asked me to join the Creepshow world once again,” stated Barbeau. “And then working with Tobin and Giancarlo, with Greg as our director, well, that was the icing on the cake — no, not that cake. Oh, you know what I mean.”

“I feel I’m in great company getting the opportunity to direct a story written by Steve,” Nicotero added. “Between Salem’s Lot, Pet Sematary and The Stand, I’ve always found his stories rich in relatable characters forced into supernatural situations beyond their control—the everyday person’s primal fears. To visualize ‘Gray Matter’ for Creepshow with the help of Adrienne, Giancarlo and Tobin was about as good as it gets for a horror fan from Pittsburgh!”

It’s probably just a coincidence, but I love how both Creepshow and the upcoming Swamp Thing series have brought back Barbeau to make an appearance in their latest iteration after starring in their previous film versions from the 1980’s. I’m interested in seeing how this all pans out when both shows debut later.

Previous post NEW MUTANTS Is Confirmed To Be Released Theatrically