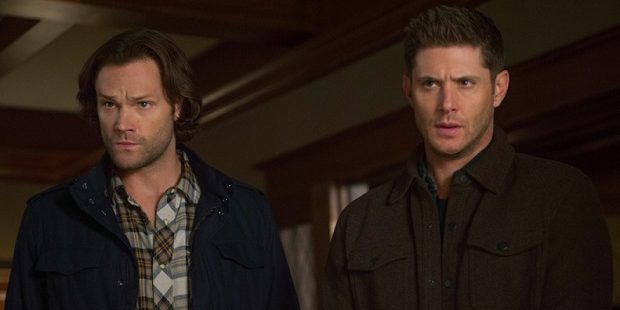 I hit on one of my favorite TV shows, Supernatural, ending last month. The announcement was made with a heartfelt video from the show’s main cast Jared Padalecki, Jensen Ackles and Misha Collins. It’s no secret that many thought it was time for the show to kick the bucket, but this show matters to a lot of people. They were at VegasCon this past weekend and answering some questions from fans when they were asked the big question, why? Check out the full video below.

You can tell Ackles and Padalecki are still hit hard by this because Supernatural means a lot to them.

Padalecki said, “This was a community decision. The network and the studio did not say like, “Hey, guys, get outta here! You’re done,” Ackles added, “It wasn’t an easy decision. It was months and months, if not years, of discussion between [Jared] and I, between the rest of the cast, between the crew, between our writers, between our producers, between the studio, between the network.” They both agreed they owed it to the fans who have kept this show going for years to let the show go out on a high note.

“Nobody wanted to see this show fizzle out. I think that it was everyone wanting to do the biggest service to the show that we could by going out strong. It just seemed like the writing was kind of on the wall as to when that was happening. I think everybody kind of felt that it was coming soon. So it was just taking that leap of faith of going like, ‘Well, guys, let’s get out the paint and paint that finish line, and hold our heads high, because what we’ve accomplished is unlike any other.’ “

Ackles also made a great comparison with the decision:

“[…]driving the Impala, and we’re heading down the road, and it’s, like, left, you’re going to hit a ramp and go off a cliff, and it’s going to be epic, or right, you’re just going to run out of gas about 30 miles down the road in the middle of the desert with nothing around you. I’m like, ‘I’m going left. I want to go out with, like, pyrotechnics.’ “

If that comparison doesn’t say what Supernatural is I don’t know what is. The show has always been “go big or go home.” Ending the show like this makes sense. Supernatural is getting the chance to go out on its own terms, and it has twenty episodes to do so. Yes the show is great, but I’d rather them get to end as they choose to do so, and not have the show canceled out of left field.

The video above also has an apt moment from the show in it. It’s from Chuck, an author who writes about the boys in a legitimate “Supernatural” novel series. He has trouble figuring out how to write the end, and has a really great monologue about endings. It’s really applicable here, so watch the video please. He says it a lot better than I can!

For more Supernatural news, stay tuned here at Revenge of the Fans.

Previous post The ‘Stache Of Nightmares: Behind The Scenes Look At Henry Cavill’s Hairy Face in JUSTICE LEAGUE