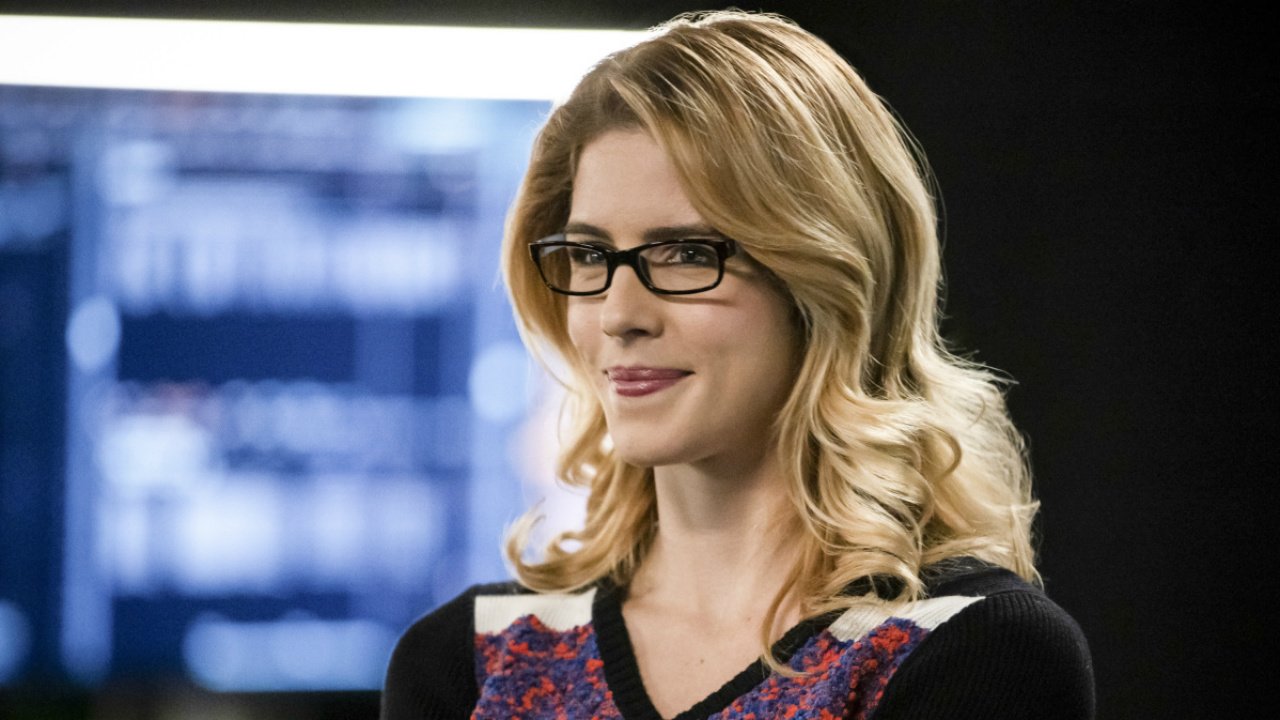 Arrow is almost finished with its 7th season. It was recently announced that its 8th season would be a truncated season consisting of just 10 episodes. It was also announced that it would be the show’s final season.

Emily Bett Rickards has played Felicity on the show since the third episode of season 1. She was a one off guest star, and eventually became one of the most important people on the Arrowverseshow.

Rickards took to Instagram to announce her departure from the show.

❤️🖤💛💕💜💙 The time has come to talk of many memes. Of bows and arrows and superheroes and Olicity and Queens And why TGA is so damn hot And yes, canaries need more scenes… But wait just one minute before we go and do all that For this makes me out of breath To have this not small chat Felicity and I are a very tight two But after one through seven we will be saying goodbye to you I thank you all for the time we’ve shared The elevators we have climbed The monsters we have faced and scared And The burgers we have dined I will keep her in my heart for always And I hope that you can too Because she would not be alive if it weren’t for all of you 💕 Love, Felicity and Me

Naturally, the first question is “why?” This seems 100% her decision, not an executive decision. There isn’t that much of the total show left. 10 episodes and one enormous crossover left. That is it. So it is curious as to why she would bow out now. Does she have another job on another show waiting for her? Maybe her schedule doesn’t dictate showing up for 10 episodes if she is attached to a film or pilot.

It could always be a contract thing as well. Who knows. Her departure doesn’t mean she can’t show up as a guest star on Crisis On Infinite Earths or the series finale of Arrow. It just means she won’t be a dominant presence on the show like she has been for so long. I doubt it is to transition full time to another Arrowverse show like Batwoman or The Flash. If that was the case, they would just wait until the end of Arrow, and she wouldn’t be saying goodbye to the character.

Reaction to this news went just as you’d expect. Her detractors celebrated, and her fans lamented.

Of course, series lead actor Stephen Amell chimed in about how important Rickards was to the show.

For me… August 3rd, 2012 is the most important day in the history of our show. It was the first day I worked with Emily. Her energy and the vibrancy she gave to Felicity Smoak is only surpassed by what she personally gave to me. She was a co-worker that became a best friend. So on the first day of our last episode together, I’d like everyone to know how deeply I appreciate the past seven years. EmBett… We wouldn’t be here without you. I love you. And I cannot wait to see what you do next.

Arrow Executive Producer Marc Guggenheim responded to Rickards farewell poem with one of his own:

Everyone seems at peace with this decision. It doesn’t seem like there is any bad blood contributing to why she is leaving. We may never know. But it begs the question, if she only makes one more appearance after season 7, would it be more satisfying for it to be in Crisis On Infinite Earths or the Series Finale of Arrow?

We don’t actually know which one comes first. That will be the determiner. In the past, the crossovers have happened right before the mid-season break, which is around the 8th or 9th episode of everyone’s respective seasons. So that could mean Arrow returns in the fall for 10 episodes, then Crisis happens. Or Crisis happens in the fall, followed by a mid-season run for Arrow afterward. Or, it is 8 episodes of Arrow, Crisis is episode 9 of Arrow (and 9 of Supergirl, The Flash and perhaps Legends) then that leads right into the Arrow finale. It is possible they could get Rickards for one chunk of time, and film things for both.

Love or hate Felicity, the show won’t be the same without her. The last 10 episodes of Arrow will certainly feel different than anything before it, for a plethora of reasons. This season did a good job of solidifying the character’s legacy in the Arrowverse. I wouldn’t be surprised if we see her pop up again in the future. A quick guest stint on The Flash, Batwoman or whatever comes next would make sense a couple years down the road.