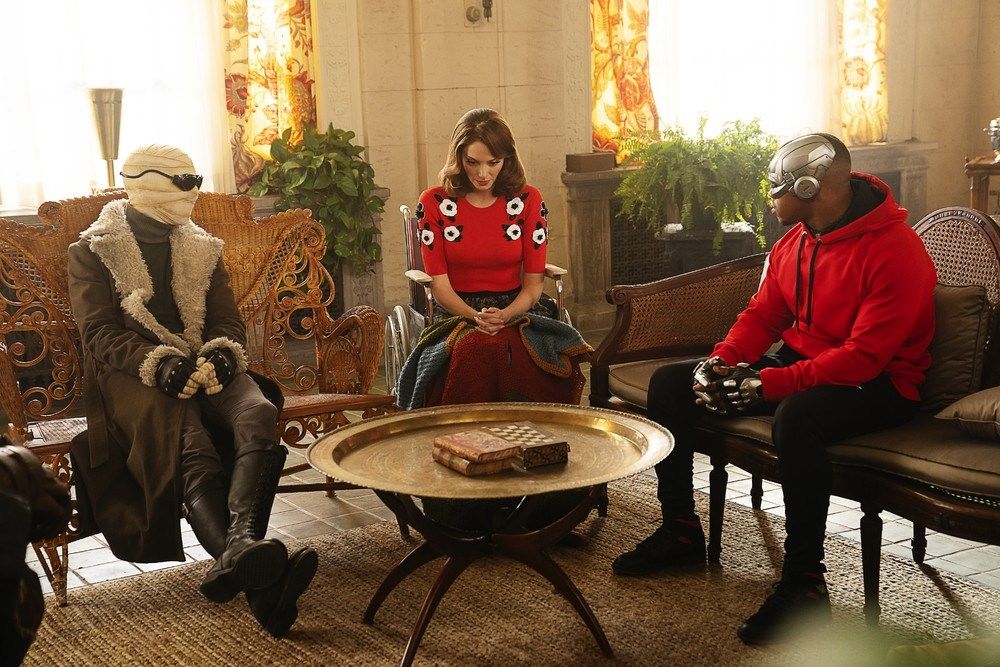 After a violent outburst from Cliff, the team engages in some self-led group therapy – leading to some growth within the group as they are knit closer together.

This is an episode review for ‘Therapy Patrol’, but if you’re interested in reading the review for the previous episode ‘Doom Patrol Patrol’, click HERE.

‘Therapy Patrol’ is definitely a filler episode, but it really helps to focus in on each character. We get to see Cliff return to a more prominent role, as he pushes the group to talk. This episode tackles the small moments with each character, and it allows us to see them at vulnerable times. Each couple minutes focused on a singular character slowly builds until they finally get to the main issue at hand Cliff’s violent outburst. Heavily centered on flashbacks, as well as each focus in on the individual characters at the beginning of the episode follows the same 10ish minute period.

It’s a typical format, but the uniqueness lies in how the writers build the escalation. Cliff’s outburst is a huge issue that plays into the overarching plot of the season. However, it wouldn’t matter if the team doesn’t come together and resolve their underlying issues. The team figures each other out during their “therapy” session, and I’m really excited to see how far they go now. Not that I wasn’t excited before, but there’s just something about a team coming together that boosts me up.

All of our heroes are on terrific character arcs, but I really enjoyed looking into Rita’s struggles. She’s really starting to shine. Jane, I still love, Diane Guerrero is perfect in the role. Matt Bomer was a perfect casting choice and really portrays Larry’s emotions perfectly despite hiding behind the bandages half the time. Joivan Wade, eh I like this Cyborg. But I’m not 100% behind this take. He’s cool, but having seen him multiple times in DCAU, DCEU, and Teen Titans, I’m not sure how to take this adaptation. Brendan Fraser/Riley Shanahan are a perfect duo. They have really portrayed the turmoil Cliff is going through these past episodes superbly.

Clearly the cast is perfect. And the show does better when it’s a bit… nutty.

Agree? Disagree? Have a comment? Let us know in the comments below, or on Twitter! Stay tuned for more news, and reviews of Doom Patrol!