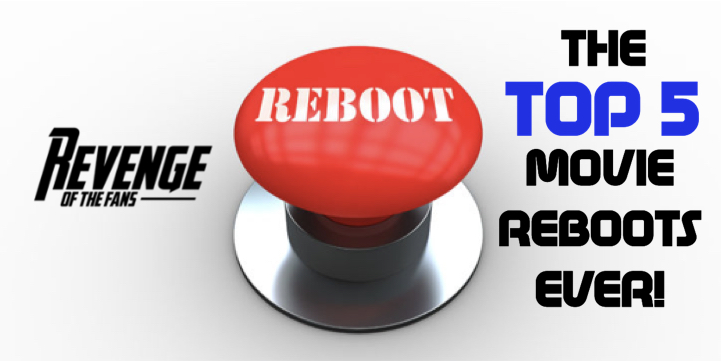 It’s finally happened. Comics have gone mainstream! And I’m not even talking about how properties like Iron Man, Thor, Deadshot, Harley Quinn and The Guardians of the Galaxy have become ubiquitous household names. I’m talking about the way in which mainstream audiences have been conditioned to expect their content.

You see, for the longest time the “franchise picture” was a relatively tiny amuse bouche on the pop culture platter. We’d get a superhero film (usually a Batman or a Superman) every once in a handful of years. Every now and then a Ghostbusters or a Jurassic Park would come along and spawn sequels (not to mention toys, breakfast cereals, comics, novelizations and other pop culture ephemera). Sometimes a film would become a franchised property in spite of itself like Alien or Robocop. Still, sequels would still be standalone fare, able to be enjoyed on their own merits. Prior to 2005 you could easily turn up to any Bond film without having seen a single one of its predecessors.

With certain obvious exceptions (yes, of course Star Wars!) long-form serialized storytelling was, while the norm for comic book readers, a rarity for mainstream movie-goers.

Now, of course, it’s as much a part of the cinematic experience as sticky floors and overpriced popcorn.

But, as any comic book fan worth their salt will tell you, while long-form storytelling lends itself well to serially published comics, it’s harder to sustain in movies. Movies, after all, take more time and money to make. Actors age out of roles and commit to other projects. And let’s not forget, sometimes properties are associated with movies that are just plain awful.

When this happens, a reboot is necessitated. A cinematic interpretation of the same property with a different creative focus, new actors and new talent behind the camera. Sometimes elements of previous continuity are spared (a soft reboot), other times the whole universe is bulldozed over so that the property can be re-imagined from the ground up.

Ang Lee’s 2003 Hulk should be lauded for its ambition and the sheer talent on both sides of the camera. It was not, however, a crowdpleaser for audiences although it did fare quite well with critics.

Louis Leterrier’s 2008 reboot The Incredible Hulk was a collaboration between Universal and the nascent Marvel studios. While it may not rank among the most beloved MCU films it is a dynamic, well-made and frankly underrated attempt to breathe new life into the Jade Giant.

Taking its narrative cues from Bruce Jones’ run on The Incredible Hulk and its stylistic cues from Leterrier’s back-catalog of frenetic action movies, the film starred Edward Norton on characteristic form opposite a scenery chomping Tim Roth and a wonderfully straight-laced William Hurt. Liv Tyler’s balmy presence is welcome in the thankless role of Betty Ross and it’s a shame we’ll never see her return to the MCU.

The film does a lot of great character work, while steering clear of the Peter David-ness of it all that so hobbled Lee’s film. But when the CGI monster-on-CGI monster action ramps up… That’s when the film comes alive.

And even if we never get to see another standalone Hulk film again, at least we got to hear Lou Ferrigno yell “HULK SMASH!”