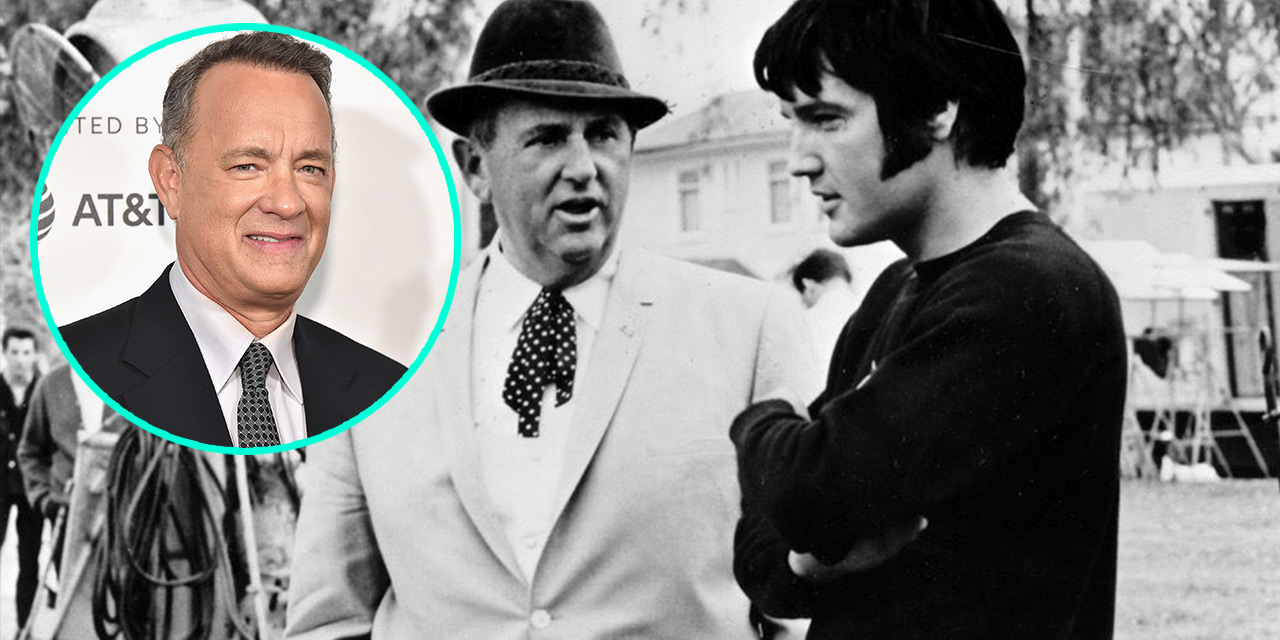 Tom Hanks is about to get all shook up in a film about the King of Rock n’ Roll! Variety reports that Hanks has been cast as Elvis Presley’s manager, Colonel Tom Parker in a brand new biopic by director Baz Luhrmann about one of the most legendary performers of all time.

“Colonel” Tom Parker discovered Elvis Presley in the mid-1950s. He became the sole management figure through Elvis’ career and guided him to his unprecedented success and popularity. He is credited with many of the shrewd moves of Elvis’ career including his military service after being drafted in 1958, encouraging him to star in films, and guiding his comeback in 1968 after being over taken in popularity by the likes of The Beatles and The Rolling Stones.

Hanks, of course, is one of the most beloved actors in America. He has starred in some of the most popular and enduring films of the last 30 years including Big, Apollo 13, and the Toy Story series. He has been nominated for five academy awards and won two in back to back years in the early 90’s for Philadelphia and Forrest Gump. Hanks will next star as legendary children’s entertainer Fred Rogers in A Beautiful Day in the Neighborhood.

Baz Luhrmann is the celebrated Australian director of William Shakespeare’s Romeo + Juliet, Moulin Rogue!, and The Great Gatsby. Luhrmann is known his grand subversive visuals and unique soundtracks. Moulin Rogue! Was nominee for an Academy Award for Best Picture in 2002.

Variety says Luhrmann wanted a star for the role of Parker, while he’ll look for a fresh face for Presley. Luhrmann hopes the casting of Hanks will propel the Warner Brothers to put the film in production this year.