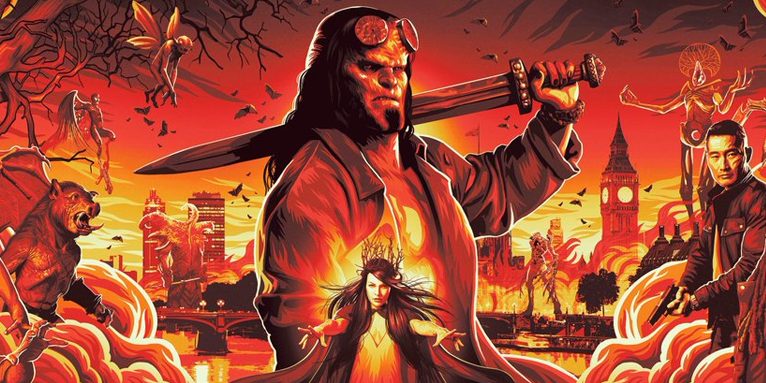 It seems like a world where comic-book movies barely existed is something of a farfetched fantasy nowadays.  Back in 2004 that was exactly the case.  This was a time where there was no MCU, DCEU or whatever Sony is doing but that was the same year Ron Perlman’s Hellboy was released. Safe to say with movies like Blade and Catwoman (being released that same year) drawing inspiration from its contemporaries was not something taken into consideration.  But now in a world where Marvel is 22 movies in and DC finally correcting its path, David Harbour’s Hellboy has a large catalogue to pick from when it comes to inspiration.  And that is exactly what Harbour did.

In an interview with Joblo, Harbour said this of the film’s influences,

“Certainly Logan, even Deadpool and- I mean- they’re sort of our inspirations.”

His choices are not bad ones in any sense. Deadpool and Logan received positive reviews from critics and viewers.  Their box office runs aren’t too shabby neither, with both exceeding the $600 million mark worldwide.  Going off of the footage shown in the trailers, the Deadpool elements can become quite glaring but we might have to wait for the theatrical release to see those Logan elements.

I do not have high expectations for the film myself, but that is because I count myself among the Perlman fans out there upset he is not reprising the role. Yes, even despite it being revealed that the decision to reboot was ultimately made by Guillermo del Toro.

Are you going to see Hellboy?