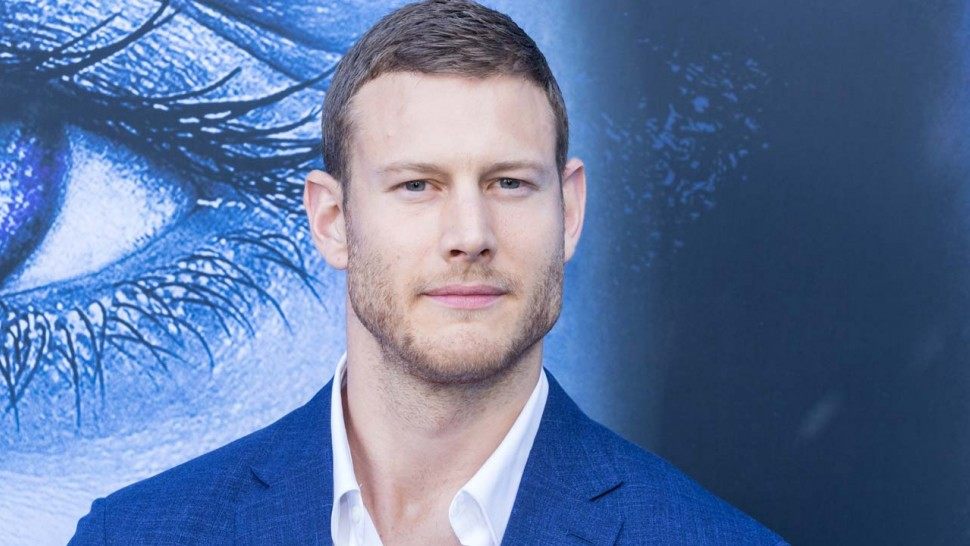 The Hitman’s Bodyguard was a perfectly sufficient comedy that leaned on the comedic chops of its two leads, Samuel L. Jackson and Ryan Reynolds. But one of the surprise joys of the flick was the wife of Jackson’s character, played by Salma Hayek. Now a sequel is happening focused on her, and we exclusively revealed some of the cast that is going to appear. But that wasn’t the full cast, and now we know one more: The Umbrella Academy‘s Tom Hopper.

Hopper is set to play another bodyguard in the flick, opposite Reynolds. Outside of The Umbrella Academy, Hopper has been seen in Black Sails, Game Of Thrones, and Matt Smith’s first full episode of Doctor Who back in 2010.

Deadline has a rundown of the sequels plot:

“Set on the Amalfi coast, the pic follows the mismatched, high-octane trio (Reynolds, Jackson and Hayek) who are unwillingly pulled onto the side of the good guys as they battle to save Europe from a vengeful and powerful zealot with a dangerously over-developed sense of national pride.”

For a movie starring those three, plus Morgan Freeman, Antonio Banderas, and Episode IX‘s Richard E Grant returning, the movie is jam packed.

When I watched the first movie, I never thought I’d see a sequel to it. It was perfectly enjoyable. The meta-moment of Reynolds making fun of Jackson’s penchant for using the word “motherf*cker” all the time is the best part of the film.

Let’s hope this isn’t the last time we see Reynolds and Jackson on screen together. With the Disney/Fox merger officially official, and Reynolds being the only one expected to be carried over from Fox, the notion of Deadpool meeting Nick Fury is an exciting one.

The clunkily titled sequel, The Hitman’s Wife’s Bodyguard is filming now. It is expected to be released some time next year.

Next post Maisie Williams Expresses Frustrations On THE NEW MUTANTS