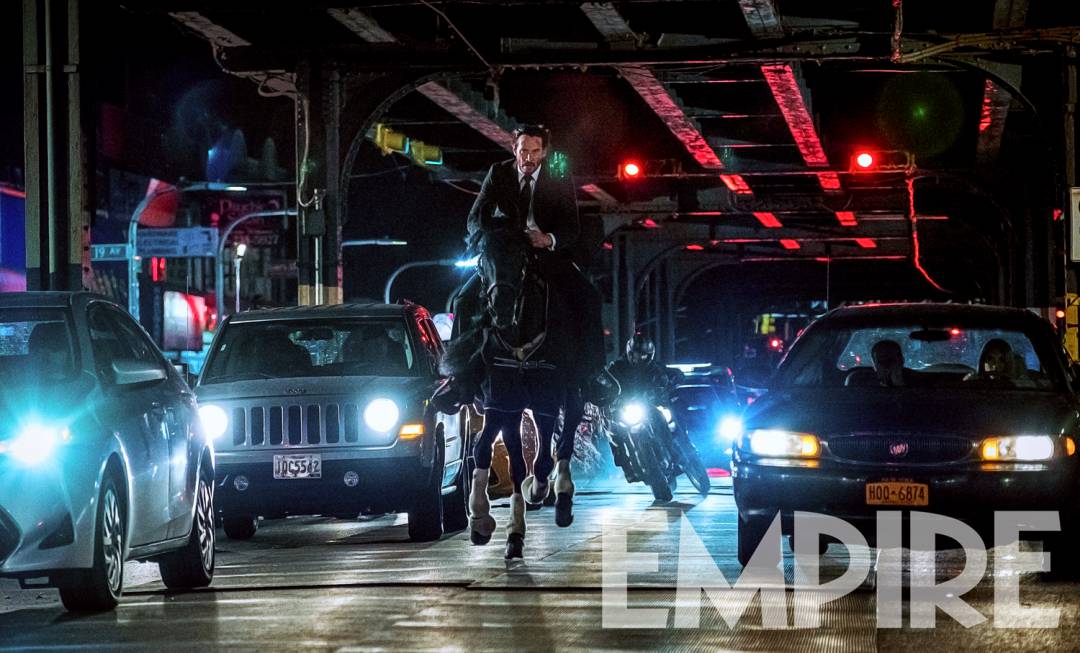 Halle Berry wanted a role in John Wick: Chapter 3 so bad that she called the film’s director before it even had a script. According to Entertainment Weekly, Berry called director Chad Stahelski during the holidays in 2017 to tell him she wanted a part in the third film in the series. He got a call from her saying she wanted to meet with him, and here’s his quote from how he and Berry’s meeting went down. They met at his offices in Manhattan Beach:

That was the end of their discussion, but five months later when the studio did get a script, Stahelski called Berry back to see if she was still interested. Here’s how that went:

““It was like, ‘Okay, let’s just call her back and see if she’s still interested, and she was like, ‘Of course I’m f—ing interested. When do we start training?’ I’m like, ‘Why don’t you come down and watch?’ She’s like, ‘I don’t want to watch, I wanna do it.’ Came in, first day, jumped right in. [She] finished going, ‘Yeah, that was tough, what time do we start tomorrow?’””

Berry plays Sofia, an old acquaintance of Reeves’ character John Wick. She has two Belgian Malinois dogs, and is someone who can help Wick in accomplishing his mission in John Wick: Chapter 3. It’ll be intriguing to see how the two characters play off of one another.

John Wick: Chapter 3 is will blast its way into a theater near you on May 17.