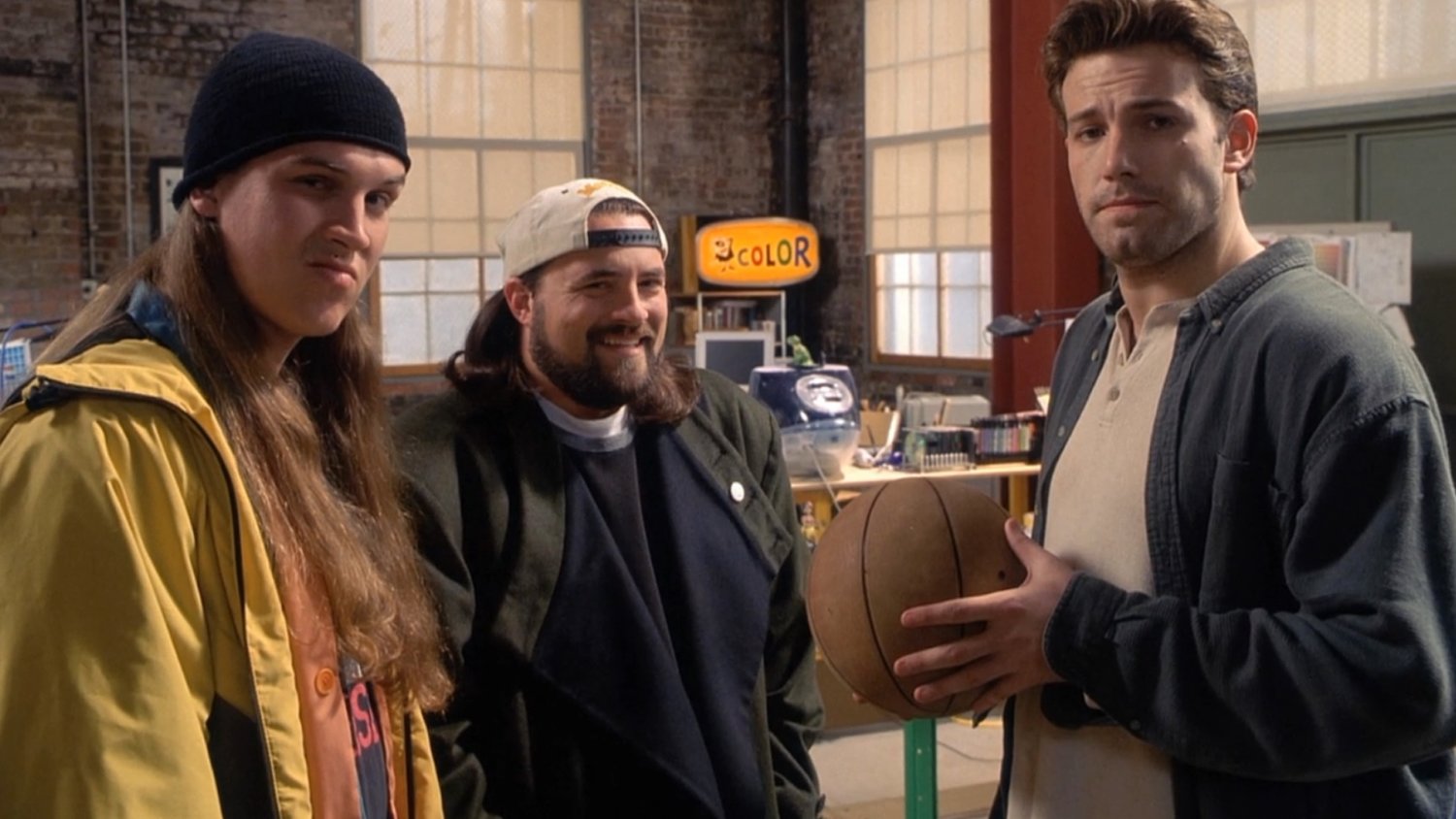 Ben Affleck’s story cannot be told without Kevin Smith. Affleck starred in Mallrats, Chasing Amy, Dogma, and Jay And Silent Bob Strike Back for Smith. It was also due to Smith that the script for Good Will Hunting got into the hands of the people who made it. If you look closely on the opening credits, Smith is listed as an executive producer on that film.

But things change. People grow apart. Affleck’s career exploded, and him and Smith took different career paths. By all of Smith’s accounts, they aren’t really on speaking terms anymore. Smith tells stories on his podcast that Affleck probably wouldn’t want brought back up. Nothing illegal or anything, just sort of petty things. It seemed like Affleck was trying to distance himself from Smith. But in a new interview with Collider, he seemed open to appearing in Smith’s newest film, Jay And Silent Bob Reboot.

“Your guess is a good as mine. I haven’t been asked to make an appearance but you never know, there’s still time. We’ll see. I think if it was up to me, I would rather do Holden than Shannon, but I would defer to Kevin.”

Holden was his character from Chasing Amy, and was a much more complex, and better character than the scumbag he played in Mallrats (that’s Shannon).

Before Smith made Reboot, he tried to make Clerks 3. When Jeff Anderson refused to return, that was shelved. He then shifted to making a sequel to Mallrats called Mallbrats. Universal was not interested in funding a movie sequel, but the TV division was up for it. So Smith wrote a 10 episode season of a Mallrats TV show. He said he wrote in a part for Affleck if he wanted. But nobody picked that up. So he moved on to Jay And Silent Bob Reboot, (because Smith owns the characters of Jay and Silent Bob, so no one could tell him no).

Smith probably didn’t write him in, because he thought Affleck would never be interested. It is quite possible that Affleck isn’t interested, and just said that because he knew it wouldn’t happen, so why start something?

Unfortunately, it doesn’t look like this will happen. The budget for Reboot is very small, and the last day of filming was this previous Monday, as noted in this Instagram post from Smith:

This Reboot is gonna make House Party look like House Party 2! @joeugly returns as the beleaguered A.D. of the Bluntman & Chronic reboot. 18 years ago, Joe made #jayandsilentbobstrikeback a little bit funnier – and last night, before we wrapped out of our @carvertreme set, Joe did more of the same! And since A.D.’s are part of the @directorsguildofamerica, we got to make a DGA joke (that’s not too inside baseball)! Today is the last day of shooting on @jayandsilentbob Reboot. After dreaming about making it for 2 years, I’ve been immersed in it for 21 days now, trying to capture what we need to make not only the movie, but also our packed work days. While I loved every second, this movie was more work than anything I’ve done since #chasingamy – because like Amy, both our budget and schedule were incredibly ambitious. But thanks to an amazing cast and #neworleans crew, the flick turned out better than any #jayandsilentbob kinda picture has any right to be! It’s been a trip returning to the #viewaskewniverse after so long away. After the heart attack, I felt old. So to feel young again, I pulled out all my old toys, which I appreciate so much more now (and mind you, I was always waaaaaay more into my #viewaskew movies than anyone else). It’s like Andy from @toystory got Woody and Buzz back in his late 40’s and then set ‘em up again so he can play with his kid. This was my reward to myself for not dying last year: I got to return to my make-pretend version of the New Jersey suburbs that made me who I am today. #KevinSmith #jayandsilentbobreboot #joereitman #cameo #dga #sabanfilms

It is unclear whether the budget allows for reshoots, but if Smith can move heaven and Earth to make an Affleck cameo happen (whether as Holden, Shannon, or himself), it would be just that – a small one scene cameo. At this point, there is no time for anything else.

The good thing is though, if Jay And Silent Bob Reboot bring these characters back into the pop culture lexicon, maybe it will open doors for him to do Clerks 3 or Mallbrats. If that’s the case, and if Affleck was serious, maybe Smith can grab him for a cameo in one of those instead.

Ben Affleck and Kevin Smith will always be intertwined. It would be nice to see them embrace that again.