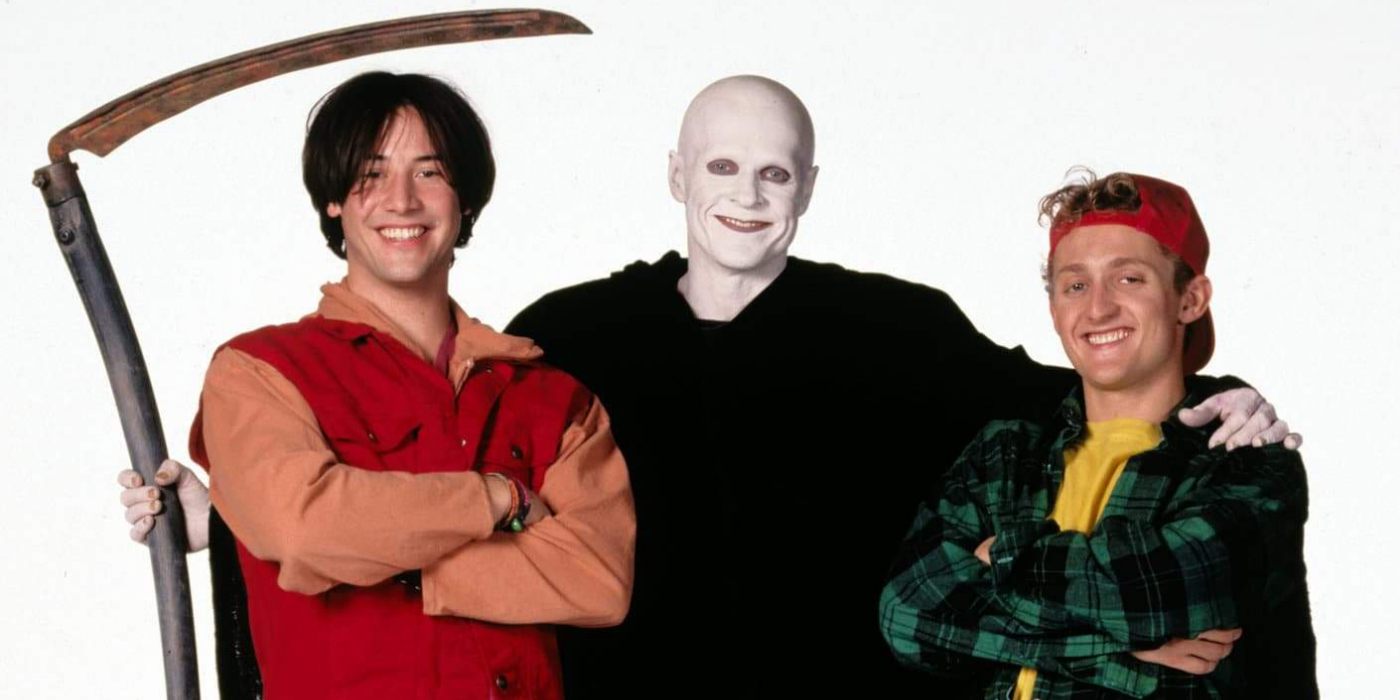 Last week it was announced that Bill And Ted 3 was finally happening. Both Alex Winter and Keanu Reeves are returning. Outside of that, it wasn’t known if anyone else from the first 2 movies were making an appearance. But the official Twitter account for the movie announced that William Sadler will reprise his role as “Death” in the sequel.

No word on what the sequel will be about. But it was originally reported to be called Bill And Ted Face The Music, which sounds ominous at best.

As far as who else will appear, we can rule somebody out: Rufus. Originally played by George Carlin, the official Twitter account revealed that the role will not be recast.

Years ago, when this looked close to happening before, it was rumored that Rufus’s daughter would appear. I can think of no one better than Kate McKinnon if that is still the plan. If they go with a son, then the absolute perfect person is Jay And Silent Bob Reboot star Kevin Smith.

But archive footage of Carlin might be used. Back in January of 2018, Digital Spy ran an interview with Bill And Ted producer Ed Solomon. Solomon reaffirmed what the Twitter account said, and how that will play in the film.

“George Carlin is so deeply missed by all of us. There is a… not just an homage to him, it’s more than that. His absence is a part of the whole movie.”

“There’s actually a scene – one of my favourite scenes in the whole movie – where middle-aged, 50-year-old Bill and Ted return to the Circle K and see their teen selves and Rufus, and actually interact with their teenage selves, played by their actual teenage selves. They return to that scene at the Circle K when Bill and Ted first meet themselves, only now they’re watching their younger selves and looking at the exuberance and joy that they had at that time in their lives. And they see Rufus, they see George Carlin… There’s also a character in the movie named Kelly, which is George’s daughter’s name, who has a very significant role in the journey, so George is a deep, deep part of it.”

Kelly could be Rufus’s daughter, which would fit with the rumors and be a nice tribute to Kelly Carlin. If Rufus is dead, or if Bill and Ted think he is, then it would make sense for Sadler to return as the Death character. It seems to be a big part of the story.

Bill And Ted Face The Music is scheduled to hit theaters August 21, 2020.