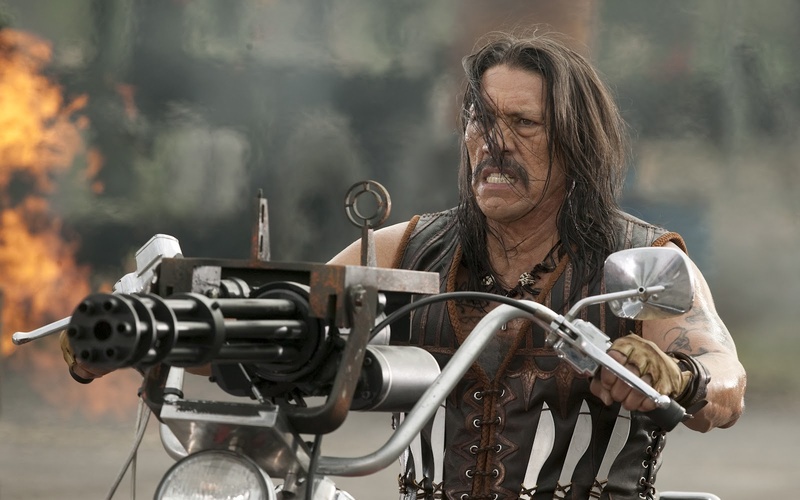 A live action movie based off of the kids show Dora The Explorer is coming to the big screen soon. It was previously announced that Michael Pena and Eva Longoria were set to star as Dora’s parents. Benicio Del Toro will voice the villain, Swiper the Fox. Isabela Moner has the titular role. But a very exciting supporting actor was announced.

Del Toro was announced back in December, by THR. You can watch the trailer below.

This isn’t the first time Trejo has appeared in a kids movie – he was the uncle in Spy Kids. In fact, he was Uncle “Machete” – a role he would continue to play in his own series of movies that were much more adult oriented.

Dora And The Lost City Of Gold looks exactly like what I expected. It is actually reminiscent of past Nickelodeon movies, in terms of aesthetics and tone. It’s likely to be a real winner with its target audiences, namely kids and families.

Also, since they went ahead and included Diego, Dora’s cousin who had his own Nickeodeon show, so this could very much be the start of the Dora Cinematic Universe. I can’t believe I just typed those words, but it’s funny what you’ll do when you’re trying to hit 300 words on a post about Dora The Explorer.

[Editor’s Note From MFR: “You are the foremost authority on all things Dora from now on, Matt. This is your beat. So proud of you. You’ll now get all of the stories related to this movie!”]

Having spent most of her life exploring the jungle with her parents, nothing could prepare Dora (Isabela Moner) for her most dangerous adventure ever – High School. Always the explorer, Dora quickly finds herself leading Boots (her best friend, a monkey), Diego (Jeffrey Wahlberg), a mysterious jungle inhabitant (Eugenio Derbez), and a rag tag group of teens on a live-action adventure to save her parents (Eva Longoria, Michael Peña) and solve the impossible mystery behind a lost city of gold.

Next post WONDER WOMAN 1984: Charles Roven Reveals Why Release Date Was Pushed Back