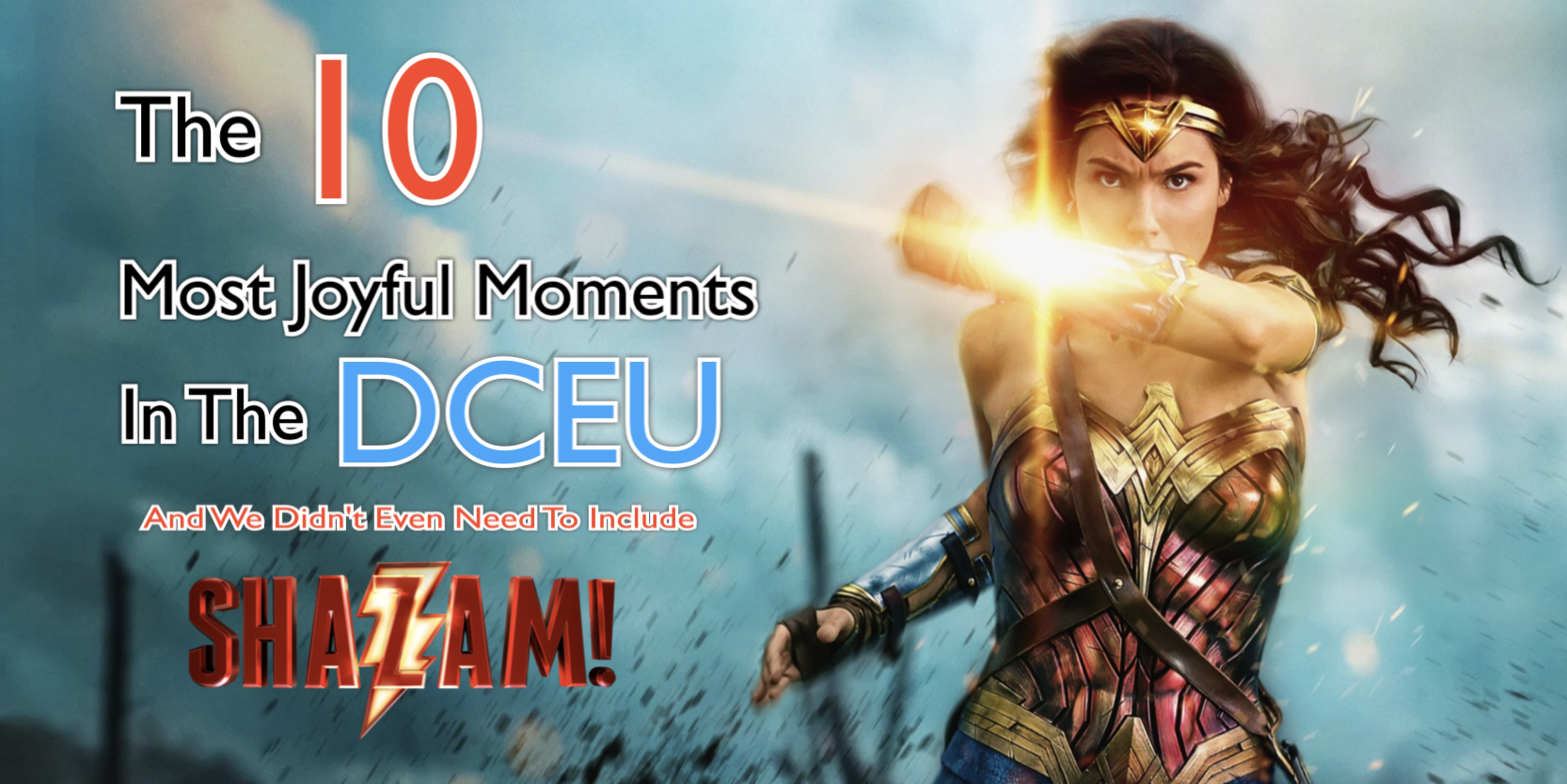 New Line Cinema and DC Entertainment’s Shazam! is almost upon us. Despite the initial reservations of some fans, marketing materials seem to demonstrate that New Line’s entry into the DC cinematic canon is indeed part of the DCEU / Worlds of DC mythology. A mythology that was established with 2013’s Man Of Steel.

Early buzz for the film has been universally positive, with trades and respected fan bloggers singing the film’s praises. Concerns about the viability of DC’s cinematic universe seem finally to be put to bed. Nonetheless, there are some longtime fans of the DCEU who are grudgingly readying their bingo cards in anticipation of the film’s reviews.

“Big with superpowers!” Check a box.

“DC’s most Marvel film yet!” Grit your teeth. Check a box.

“Finally, some joy in the DCEU!” Tear Bingo card into confetti. Flip over table. Storm out screaming.

What makes highly probable statements like these so egregious in the eyes of many fans is the knowledge that the DCEU canon is not half as dour and joyless as the general consensus would have you believe. There’s plenty of joy to be mined from the current crop of DC films, for those who are willing to acknowledge it. With that in mind I hope you’ll enjoy my RTF debut as I countdown what I consider 10 of the most joyful, fist-pumping, fan-servicing moments in the DCEU to date…

Ever since Man Of Steel’s release in 2013 there have been many devoted Superman fans who couldn’t quite warm to Henry Cavill and Zack Snyder’s interpretation of the character. Even Mark Waid, to whom this characterization owes a great debt, was very vocal in his reservations. Still, I defy anyone to watch this scene and decry this Superman as joyless.

When the doors of the Kryptonian scout ship slide open to reveal Kal El in his Kryptonian finery. When Hanz Zimmer’s score swells. When Jor El posthumously utters his famous monologue paraphrased from Grant Morrison’s All Star Superman. When Superman takes flight for the first time… We are treated to one of the most uplifting and definitive moments in Superman’s cinematic history. I defy anyone to look at Cavill’s face as he discovers his power of flight and see anything but pure, unadulterated joy!

Regardless of how you feel about 2016’s Suicide Squad, it would be churlish to deny the chemistry between the ensemble of actors. A chemistry that sparkles on screen and is borne of the real-life friendships that developed between the cast members behind the camera. One of the most satisfying relationships in the film is the friendship between Will Smith’s Deadshot and Margot Robbie’s Harley Quinn.

One moment where the chemistry between the two really pops (despite the fact that the characters are hundreds of yards apart) is when Amanda Waller desperately orders Deadshot to shoot Harley Quinn as she makes her escape on a rope dangling from the Joker’s helicopter. We see him target her in his crosshairs. The trigger is pulled. Blam! Harley seems to tumble to the end of the rope… Before springing back to life with a mischievous grin. Whoops! Deadshot’s first professional miss!

In the history of comic book cinema, has there ever been as divisive a film as Batman V Superman: Dawn Of Justice?… Or at least, any film that didn’t have “Returns” in the title? Some regard “BvS” as an untouchable masterpiece while others decry it as a mocking travesty of everything the characters are supposed to represent. Say what you will, but for my money it’s an extremely well made piece of cinema that will likely be heralded as the Blade Runner of superhero movies in a couple of decades.

While the film most certainly has its intentionally dark and dismal moments, it is still capable of great joy. Take, for instance, the moment Wonder Woman appears on screen for the first time in cinematic history. When we see DC’s holy trinity of Superman, Wonder Woman and Batman together (again, for the first time in cinematic history) who but the most jaded cynic could help but give a whelp of pure joy? Especially with Hanz Zimmer’s fist-pumping Wonder Woman theme in full swing!

Next post Michael Rooker To Star In MONSTER PROBLEMS, From STRANGER THINGS Producer