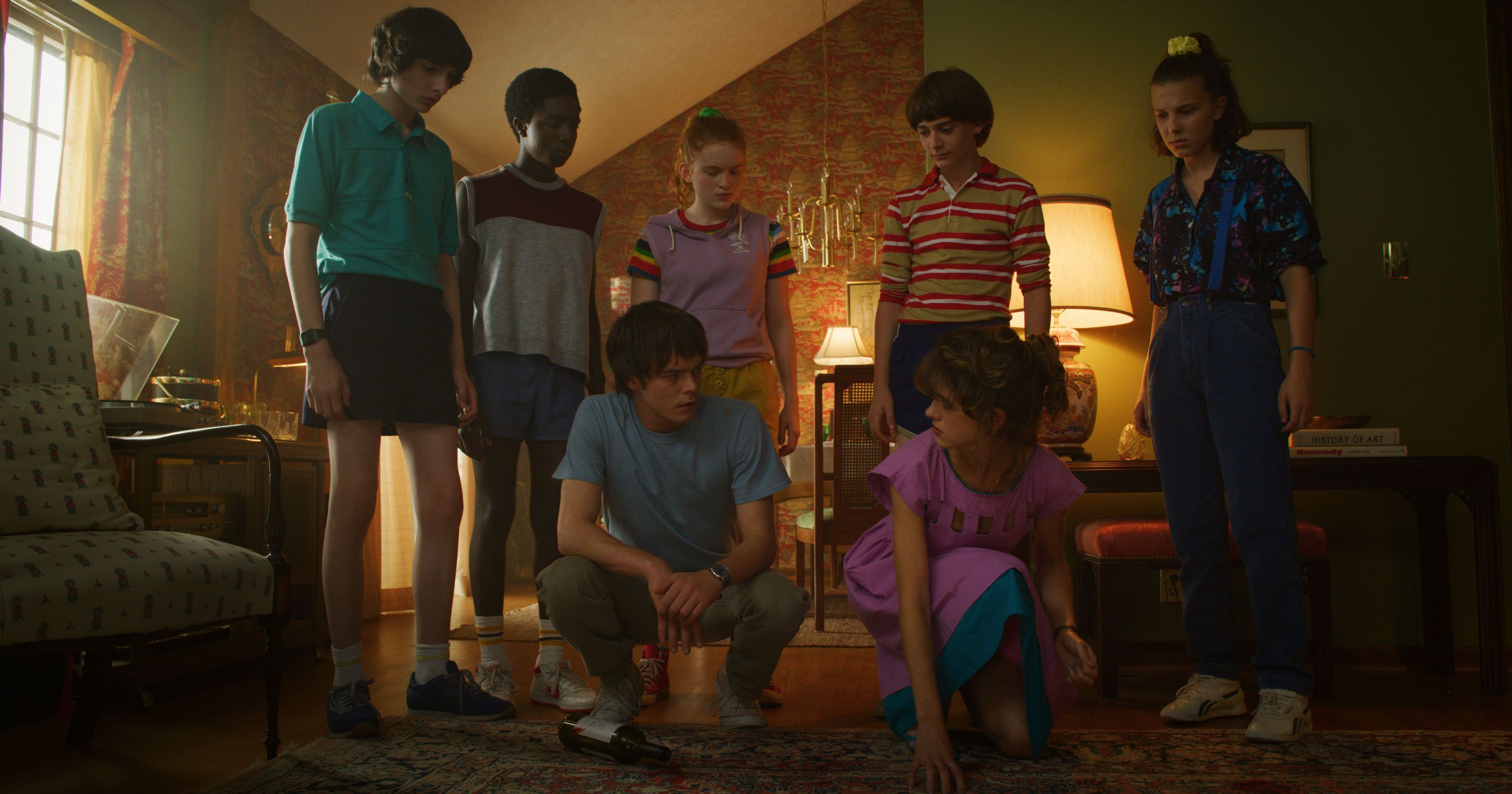 Traditionally a fall show, Stranger Things is returning in the summer. The new trailer shows what the kids of Hawkins, Indiana get up to when they don’t have school occupying their lives. You can watch the trailer below:

It looks like everything you love about Stranger Things is back. Funky 80s hairstyles, teenage hijinks and creepy monsters out to kill everyone.

Maya Hawke, Jake Busey, and Cary Elwes all play new characters, while everyone else we love returns. The season isn’t shying away from the Dustin/Steve bromance forged in the second season either. That looks to be a fun time.

The third season of the hit Netflix show is said to be influenced by the Chevy Chase movie Fletch. It will also feel a bit different than the first two seasons. Another big focus will be Hopper’s continued fatherly relationship with Eleven. David Harbour, who plays Hopper and can next be seen as Hellboy, previously was quoted:

“Their relationship is going to get far more complex, because, you know, things happen to girls and boys when they’re 13 and 14,” he said. “A lot of changes go on in the body and in your social life, and I don’t think he’s going to handle watching her become a woman in front of his eyes very well. That’s a horrifying thing for him — maybe even more so than fighting inter-dimensional monsters.”

A little bit of that is touched upon in the trailer. The comment from Hopper about him wanting people to feel safe, it feels that was aimed at Eleven more than the citizens of Hawkins as a whole. I guess we will wait and see.

We don’t have to wait long though, the entire third season of Stranger Things will hit Netflix on July 4th. So you can celebrate America’s Independence Day the same time as the citizens of Hawkins, Indiana do.