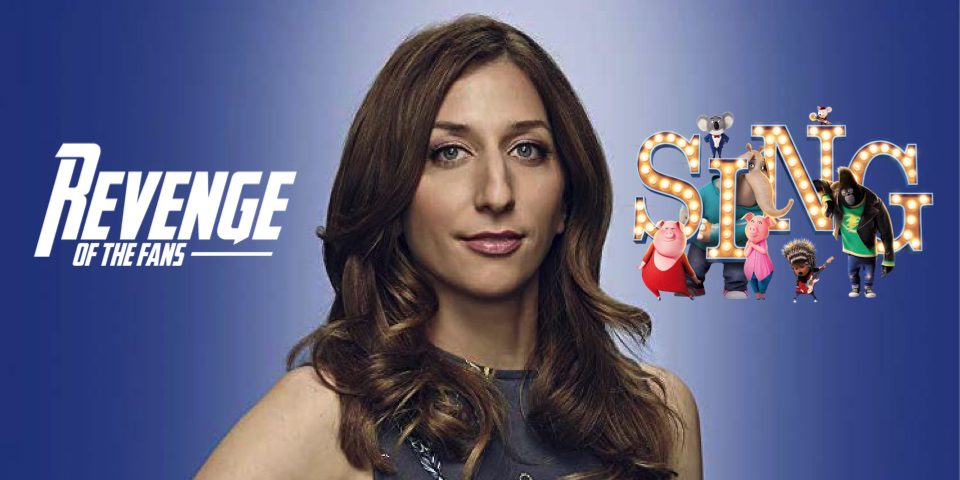 When Illumination released Sing in 2016, they were rewarded mightily. The animated film, which featured an all star cast as well as a fantastic soundtrack of pop tunes from various eras being sung by the aforementioned all star cast, only cost $75M to make, yet would go on to earn $634M worldwide. That’s why it comes as no surprise that there’s a Sing 2 on the way. Yet, if you thought they were just going to rest on their laurels and stick with simply bringing back the phenomenal cast from the first film, you’re in for a surprise.

And while we can expect to see a good portion of those actors return for Sing 2, they won’t be alone.

According to a source close to the production, the cast of Sing 2 will feature a few notable new arrivals. One in particular is Chelsea Perretti!

The comedienne has been a prolific tear since arriving on the scene in the early 00s. While she rose to prominence as a stand-up comic, she’s racked up TV credits on buzzworthy comedies like Key & Peele and Parks and Recreation, but is probably best known for her work on Brooklyn Nine-Nine.

Peretti’s also no stranger to animation (American Dad!, Big Mouth) or movies (Game Night). So she’ll bring a lot of chops to Sing 2.