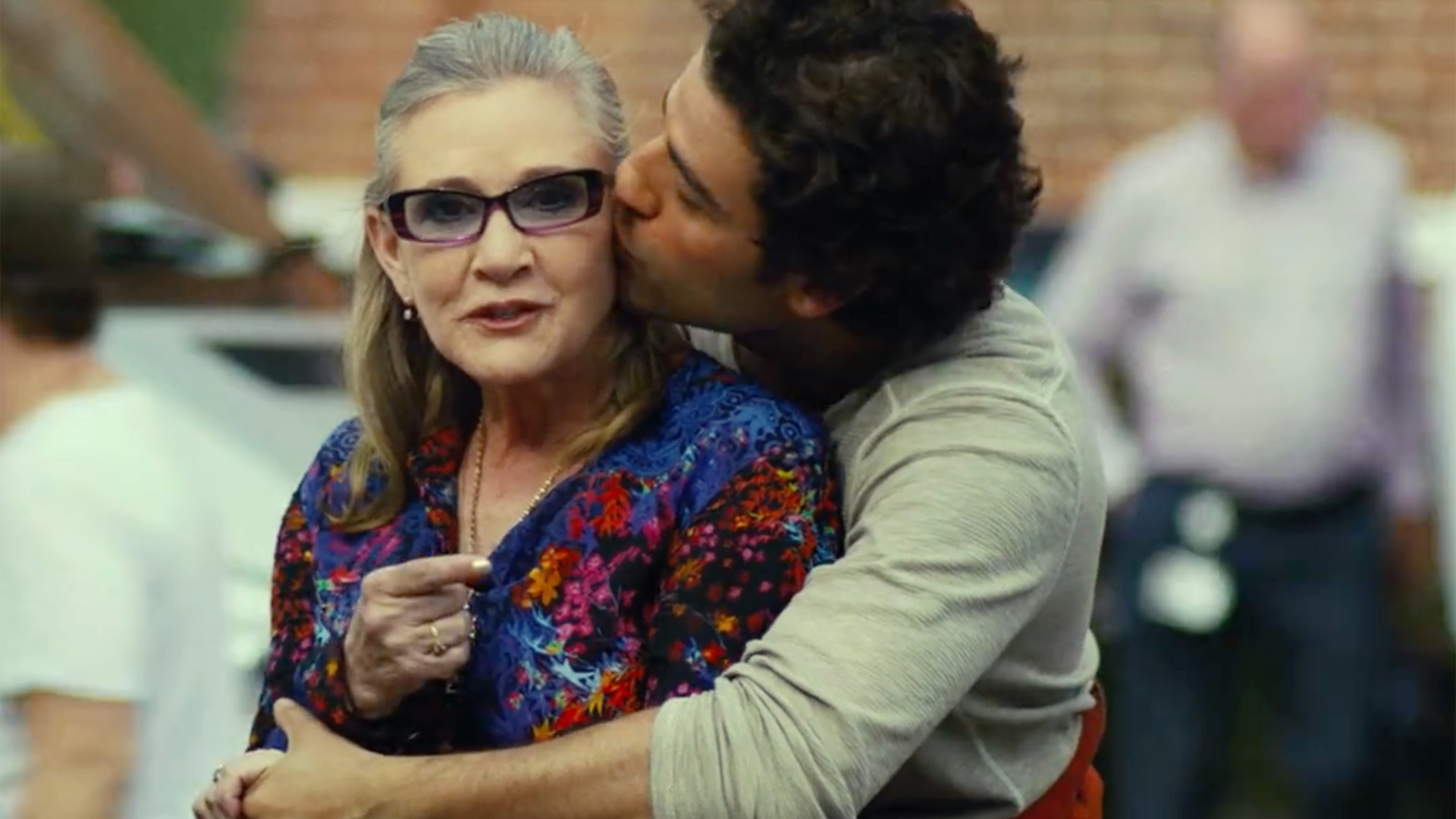 While there are some complaints about how little we know about the upcoming conclusion to the Skywalker Saga, we know the thing that is most important: Carrie Fisher will reprise her role as General Leia via archive footage. If you are someone like me, who is still not over her death, this is welcome news. Our princess and general will return to the big screen once more.

A relationship that Leia forged in The Last Jedi was with Oscar Isaac’s Poe Dameron. In a new interview on SiriusXM’s Tell Me John, Poe says that he wasn’t surprised that it was the emotional center of The Last Jedi when asked about it, and that relationship will continue in Episode IX.

Isaac: “I wasn’t surprised because I remember we were doing that…we worked a lot and her, and I worked together so much, too, and we would talk about the scenes, and we would…you know, we got very tight during the shooting of that. So it was a beautiful thing to see, and it gets carried over into the new film.”

Fugelsang: “I look forward to having you here next year when we can talk about it because I can only imagine having to work with her, with the scenes they’re inserting, would be emotional for you on a whole other level.”

Isaac: “Yeah, no it is. It was definitely an unusual thing, but I also think it was right to engage with her character, and not just let it be something that fades away but can really give it its proper, you know, place of honor.”

In an earlier draft of The Force Awakens, Poe wasn’t even a main character. He was supposed to die in the crash on Jakku. But when Harrison Ford was injured on set, production shut down, and yet another rewrite happened. The changes included making Finn and Rey friendlier to each other, and having Poe survive. For Poe to not only survive, but be one of the core 3 of the new trilogy cares is remarkable. His relationship with Leia in The Last Jedi is as important as Luke’s is to Rey.

If this were nearly any other franchise, a little tidbit like this wouldn’t really be worth writing about. But when it comes to Star Wars something this tiny is newsworthy. Because this will be the end of the Skywalker Saga, and it means that Poe will be integral to the final phase of Leia’s arc- which began nearly 42 years ago.