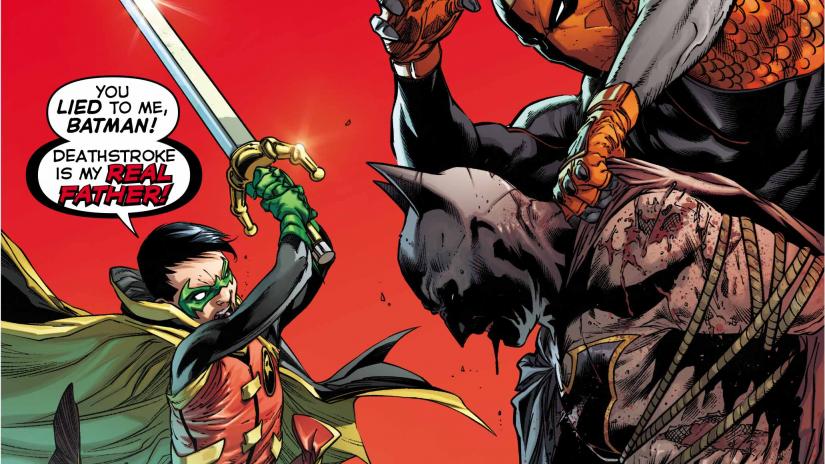 We have our TITANS Deathstroke! According to Deadline, Esai Morales will play the arch nemesis of Dick Grayson for DC Universe’s first show TITANS. Morales is from Brooklyn New York, and his first breakout role was as Bob Morales in La Bamba(where he stared as EIC MFR’s aunt’s boyfriend). His other film credits include Bad Boys, Atlas Shrugged: Part II, Gun Hill Road, Superfly, and The Wall of Mexico. His television credits include Netflix’s Ozark, Chicago PD, Criminal Minds, and NCIS: Los Angeles.

Deathstroke won’t be the only member in his family to appear, with a casting call out for Jericho, and a search out for Ravager as well. Deathstroke’s character bio for TITANS is as follows:

“Slade Wilson is known for being DC’s deadliest assassin. While serving his country, Slade became an elite soldier before government testing enhanced his physiology to near superhuman levels, putting him on a path of darkness and revenge. To his family, Slade is a father and husband, but to the rest of the world, he is feared by many as the infamous Deathstroke; selling his services to the highest bidder as the ruthless assassin that never gives up and never misses.”

Deathstroke premiered in issue 2 of The New Teen Titans back in December of 1980, becoming the main antagonist of the Teen Titans group. He’s become well known to fans of all realms of media. He was the villain of the animated series Teen Titans as well as the feature film Teen Titans Go! to the Movies. For live action television, Manu Bennett portrayed the character for 36 episodes of The CW’s Arrow. In film, Joe Manganiello had an uncredited cameo as the assassin in 2017’s Justice League, despite hopes for more.

TITANS follows Robin(Brendon Thwaites), Starfire(Anna Diop), Raven(Teagan Croft), and Beast Boy(Ryan Potter) as they carry on in mysterious adventures and figure out who they are. The show’s first season ended in December of 2018, and filming on the second season should be starting shortly.

Morales is a great addition to the cast. His acting in Criminal Minds, Chicago PD, and NCIS: Los Angeles is really stellar. I’m excited to see what he will bring to the TITANS table.

What do you think of this casting? Be sure and let us know down below.

4 thoughts on “TITANS Deathstroke Cast! Esai Morales Will Be The Assassin”

Next post Marvel Has Graced Us With A New AVENGERS: ENDGAME Trailer & Poster