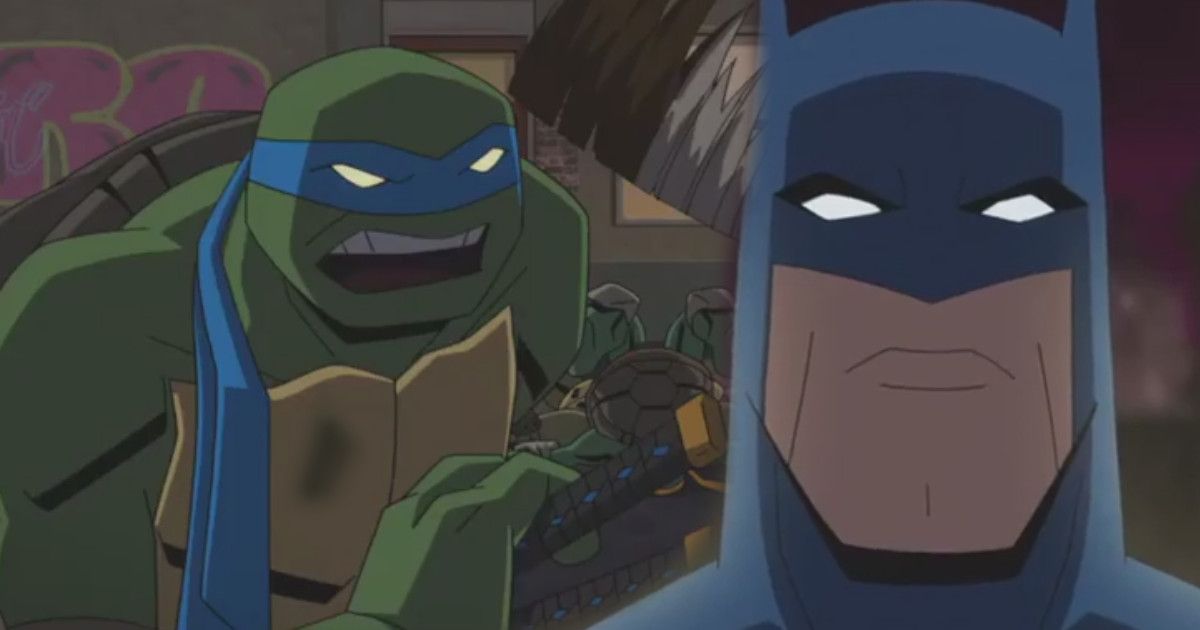 We live in a glorious world where people are much more willing to crossover IPs than they once were. They realized the fun story potential behind them, and of course the money they will make off of it. DC has been doing some wonderful work on the animation side of things for a while now. But their best thing might be the next thing. Batman Vs. Teenage Mutant Ninja Turtles is coming, and now the first trailer for the movie has been released:

Batman fighting Shredder? I’ll pay you right now to watch this. The voice cast is an impressive one, featuring Troy Baker as Batman and The Joker, Tara Strong as Harley Quinn and Poison Ivy, and Spongebob Squarepants‘ Tom Kenny as The Penguin.

The animation style is certainly different than one I am used to seeing any of these characters in, but it seems to work for the story. Nickelodeon is involved in this, which makes sense as they are in the Ninja Turtles business.

If you count intro scenes in Injustice 2, the Turtles have met Batman before. But this is the first time they will team up. Let me bridge the gap here though. The Turtles once teamed up with the Space Power Rangers, and now with Batman. I love the Turtles, but I would love them even more if they could bring the Power Rangers around to meet Batman!

Batman isn’t lacking in that department either, while he is known for being a great detective, he teamed up with another group of detectives once too. Scooby Doo Meets Batman was a crossover that happened in 2002. Later, The Brave And The Bold iteration would team up with Mystery, Inc as well.

So it begs the question, will we ever see Scooby Doo meet the Ninja Turtles? This team up could open a whole world of new crossovers.

Batman Vs Teenage Mutant Ninja Turtles is based off of the very popular comic that crossed the two properties over by James Tynion IV and Freddie Williams II.

The film isn’t getting a theatrical release, but is expected to hit digital and blu-ray this spring.

Previous post The First Trailer For DOOM: ANNIHILATION Is Out…

Next post Harrelson Feels Lucky To Be In ZOMBIELAND 2, Says Making It Has Been ‘Unbelievable’