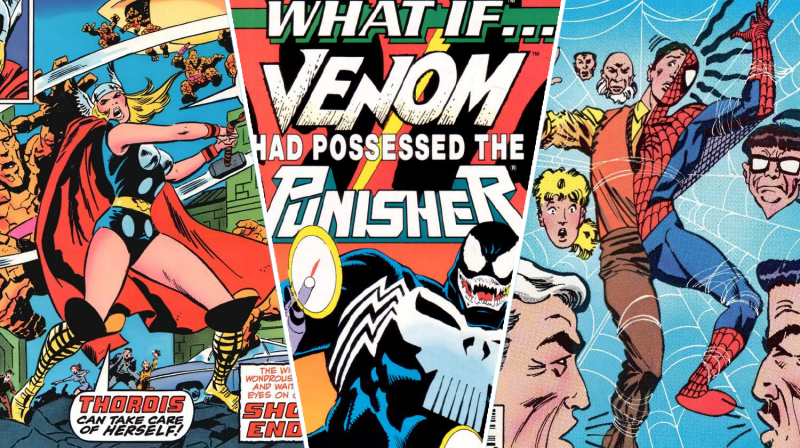 It is always fun to think about what could be in your favorite properties. Kids do it all the time. They will have Darth Vader, Mr. Potato Head, Batman, and GI Joe all in on the same adventure. Well Marvel is going to do something similar with their own IP for Disney+.

The good folks over at Slashfilm report that Marvel is creating an animated series called What If based off of the popular comic book series. It will tell alternate versions of stories and characters that we are familiar with, but will not be canon in the Marvel Cinematic Universe.

Kevin Feige will oversee it for Disney+. One of the stories confirmed to be told will be “What if Loki had found the hammer of Thor?” That makes sense as the goal is to get the MCU talent to voice some episodes. With Tom Hiddleston already confirmed to star in his own live action Loki series, I wouldn’t be surprised if there was a stipulation in his contract that made it so he had to voice an episode of What If too.

Slashfilm laid out some of the premises that the comic book series covered, so you can get an idea of the potential for the series.

The ones in bold are ripe for adaptation in the MCU already. The rest could be eventually.

This is a fun way to tell other stories, other impossible stories, without compromising what they have built.

Marvel will not stop making theatrical features, but they are going all in on Disney+. Not only do you have this, but all of the live action series as well. This doesn’t even count all of the fun animated things going on over at Hulu, from the likes of Kevin Smith and Patton Oswalt.

This definitely piqued my interest. It’ll be nice to see stories outside of our “comfort zone” and be able to experience one offs that would never happen otherwise.

0
InAnimated, Marvel Studios, Series, What If