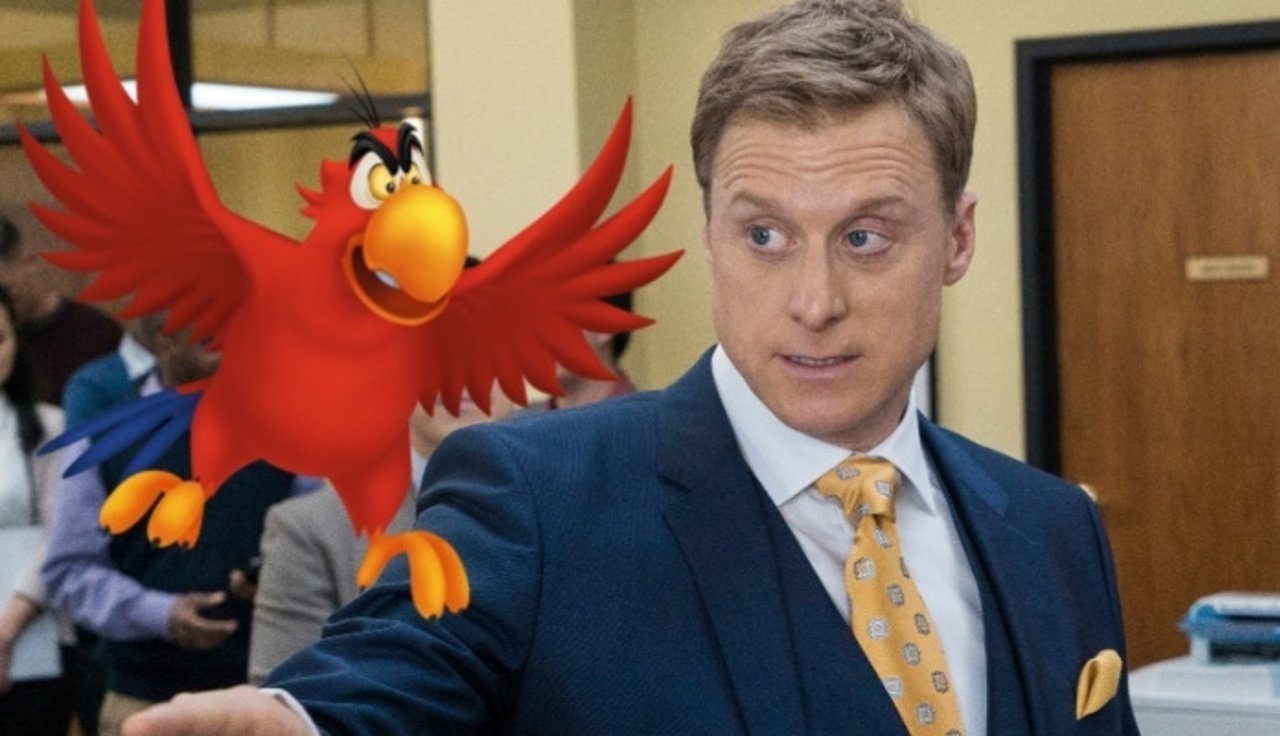 Fans of the Disney animated classic Aladdin have been wondering for some time who would be providing the voice of Iago, the wise-cracking villainous minion of Jafar (played here by Marwan Kenzari). After all, the scarlet bird has been voiced by Gilbert Gottfried in practically all of his appearances since the 1992 original film. In case that doesn’t impress you, that just so happens to be a surprisingly big portfolio for one Disney character, which includes the likes of two direct-to-video sequel films, eighty-three episodes of the Aladdin cartoon show, cameos on various other Disney cartoon shows and multiple video games including both Kingdom Hearts and Kingdom Hearts II.

Hot off the release of the remake’s first good trailer, THR reports that Iago will be voiced in Guy Ritchie’s remake by Disney alum Alan Tudyk (Rogue One: A Star Wars Story, Wreck-It Ralph). Unfortunately fans will have to wait awhile longer still before they get to hear Tudyk’s take on the character, as Iago was only featured in a non-vocal capacity in the trailers released so far.

Personally I like the pick. I’m still not a hundred percent sold on this new iteration of Aladdin yet, but Tudyk is an excellent choice to step in this role. I don’t expect that he’ll do an impression of Gottfried for the role and I actually think he probably shouldn’t anyway. While literally all of Iago’s character growth happened after the original 1992 film, I think it would be wise to let Tudyk play the role in his own way. After all, he was easily the best part of Rogue One.