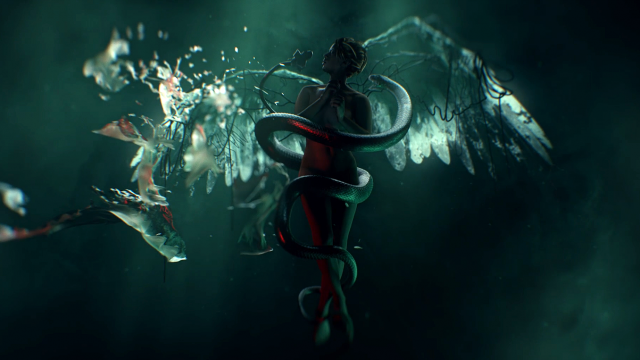 From the many films of Hayao Miyazaki to shows such as Dragon Ball Z, Death Note and Cowboy Bebop, anime has blossomed in Western pop culture over the past twenty or so years. Just look at how Dragon Ball Super: Broly did at the United States box office a few months ago or how the first season of Jojo’s Bizarre Adventure sparked a widespread meme that revived interest in Yes’ immortal prog rock epic “Roundabout” a few years back. Unsurprisingly streaming services like Netflix and Amazon Prime have been amassing more and more shows to their libraries to cater to the vast anime scene and compete with sites like Crunchyroll.

In particular, Netflix has just made a rather ambitious move to amass more new original anime shows to their library. The streaming service announced that they have signed deals with Japanese animation studios Anima, Sublimation, and David Production for new shows and all three are already working on exciting projects.

For starters, Anima will produce an anime spinoff of Netflix’s popular sci-fi series Altered Carbon titled Altered Carbon: Resleeved. Anima director Shinya Sasaha commented, “We’re particularly excited by the production line deal as this allows our creative team to focus on creating great content. We are proud to work on a well-known title like Altered Carbon as the first title from this partnership, and to have the opportunity to bring our creation to fans all over the world.”

Meanwhile Sublimation is making an anime series based on Capcom’s 2012 JRPG video game Dragon’s Dogma, which explores the journey of a man seeking revenge on a dragon that stole away his heart.

“The Sublimation team has long dreamed of working on our own title. We have oftentimes worked with partner studios to create partial CGI portions within a given title, so we feel very fortunate to work with Netflix through this production line deal,” stated Sublimation director Atsushi Koishikawa. “We’re excited to bring our unique cel-shaded animation that carries hand-drawn textures to anime fans around the world.”

And perhaps most excitingly, David Production (the studio that has been adapting Jojo’s Bizarre Adventure the past several years) is adapting Hiroshi Takashige and Ryoji Minagawa’s sci-fi battle manga Spriggan for Netflix. CEO of David Production Koji Kajita stated, “This deal opens us to story development for international audiences beyond Japan, as well as the chance to explore new technologies and creative expressions on a long-term basis.”

“Netflix aims to be the most compelling and attractive home for anime fans, creators and production studios. We are creating an environment where production houses can do their best work, and deliver their shows on a service where we connect anime fans from over 190 countries to content they love,” stated Netflix Head of Content for Japan John Derderian.

Next post The First Trailer For DOOM: ANNIHILATION Is Out…