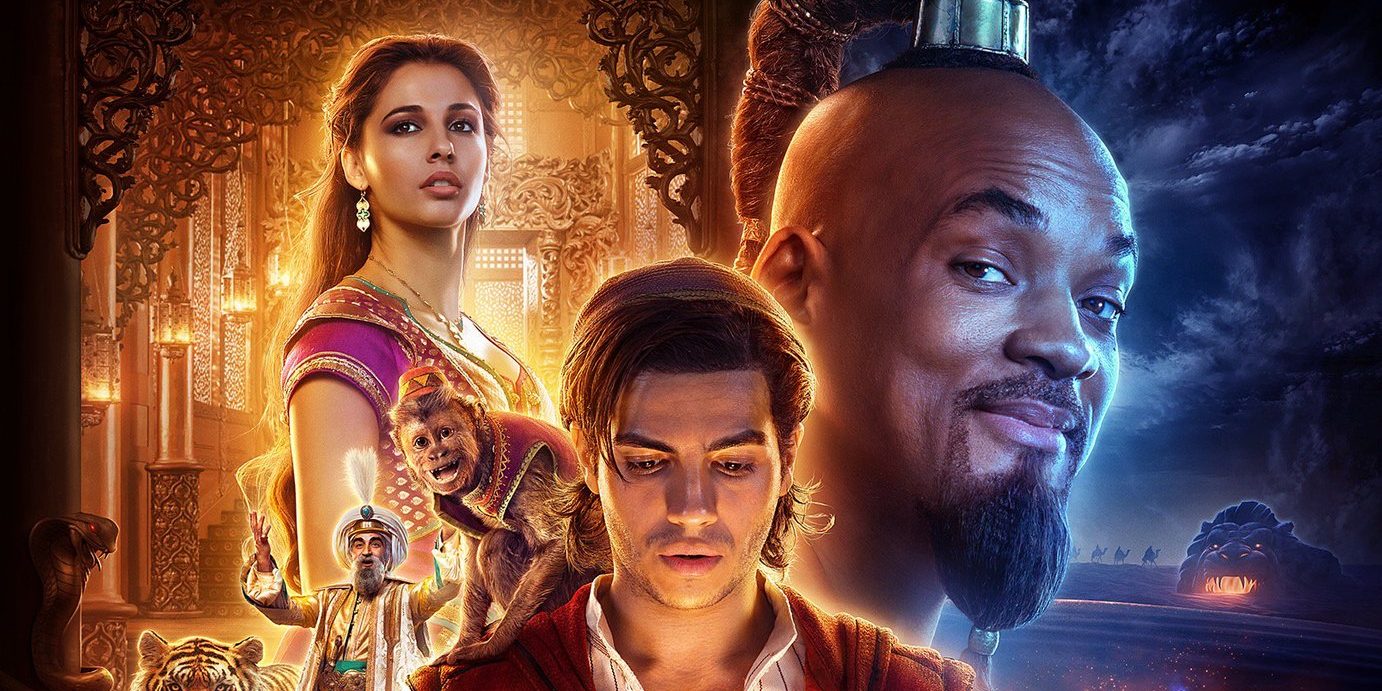 The response to the new live-action Aladdin movie has been mixed at best. But Disney just offered us our best look at the movie yet, in the form of a brand new full length trailer, which you can watch below.

This trailer certainly was stronger than the last one, but people who weren’t a fan of the overall aesthetic won’t be won over. Will Smith, shown in both his genie and human forms here, does look better than he has in anything Aladdin-related previously so that’s a bonus.

The thing that will win the most people over is the music. The familiar tunes are peppered through the entire 2:15 second trailer. Previous live-action Disney adaptations like Jungle Book and Beauty and The Beast used them effectively. Aladdin looks like it is going to be pretty liberal with use of the songs from its animated counterpart.

I like the look of the human cast, it isn’t a virtual carbon copy of the cartoon, but still looks like it could fit that world. The setting feels like Agrabah, and there are a lot of iconic things, like Jafar’s staff, and the magic carpet.

Overall, this trailer has done the movie the most favors. They should have lead with this; perhaps the commentary surrounding the film would have been different.

A thrilling and vibrant live-action adaptation of Disney’s animated classic, “Aladdin” is the exciting tale of the charming street rat Aladdin, the courageous and self-determined Princess Jasmine and the Genie who may be the key to their future. Directed by Guy Ritchie, who brings his singular flair for fast-paced, visceral action to the fictitious port city of Agrabah, “Aladdin” is written by John August and Ritchie based on Disney’s “Aladdin.” The film stars Will Smith as the Genie; Mena Massoud as Aladdin; Naomi Scott as Jasmine; Marwan Kenzari as Jafar; Navid Negahban as the Sultan; Nasim Pedrad as Dalia and Billy Magnussen as Prince Anders.