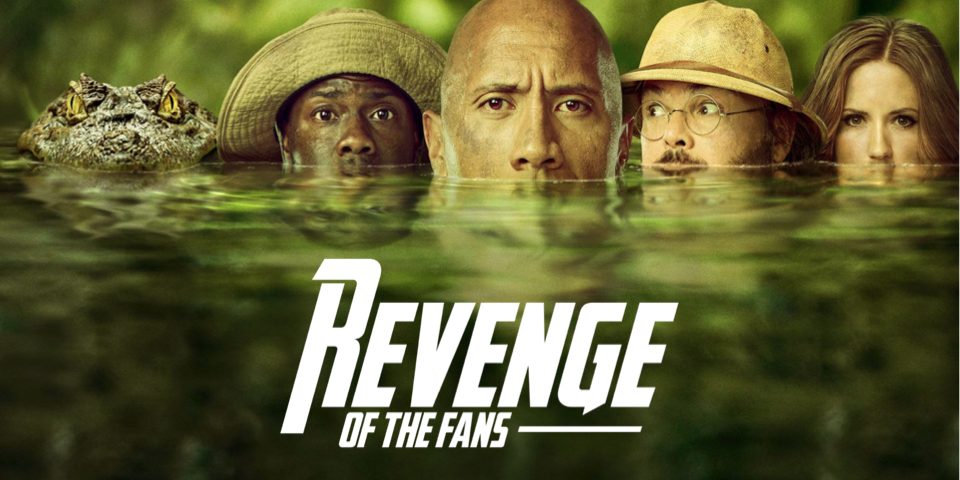 The winter of 2017 was rocked by the success of a film many thought would get lost in the shuffle. After all, Jumanji: Welcome To The Jungle came out mere days after Star Wars: The Last Jedi– a move most thought was pure foolishness. But something fascinating happened: The market showed there was more than enough room for two big blockbusters at the end of December, as the Jumanji sequel went on to make just shy of a billion dollars worldwide!

So, naturally, the world is now getting ready for the Untitled Jumanji: Welcome To The Jungle Sequel (which we’re just going to go ahead and call Jumanji 3 for now). As of now, we know to expect the returns of Dwayne Johnson, Kevin Hart, Karen Gillan, and Jack Black. We’ve also been told that the returning cast will welcome veterans Danny Glover and Danny DeVito into the fold.

And now, we can exclusively reveal a few other notable names that will join this motley bunch on their next adventure. One will be a newbie to Jumanji, and the other two are returning.

Bebe Neuwirth, who’s perhaps best known to the mainstream for her work on the beloved sitcom Frasier but is reknowned the world over for her work in theatre, will appear in Jumanji 3. As will New Girl‘s Lamorne Morris, and comedic character actor Rhys Darby- who has stolen scenes in films like Yes Man and What We Do In The Shadows.

Fans of the first Jumanji will remember that Neuwirth played Nora Shepard in the first film, back in 1995. Jumanji: Welcome To The Jungle worked in a nod to the original, but having Neuwirth appear in this film in some capacity seems like a more definitive way to link these new movies to the one that started it all.

Darby played Nigel, the NPC field guide in the 2017 sequel, so having him back will be a nice treat for the folks who powered that film to $962M worldwide.

Morris’ Jumanji role is unknown at this time, but it’s fair to say he’s going to bring the comedic goods. He was one of the many bright spots in last year’s Game Night.

Also of note about the cast is that it’s apparently a family affair!

Danny DeVito’s daughter Lucy, who has a ton of TV credits in her own right, is also set to appear in Jumanji 3.

The Untitled Jumanji: Welcome To The Jungle Sequel will arrive later this year on December 13- a week before the arrival of Star Wars: Episode IX.

Next post STAR WARS: Waititi Talks About Directing His Episode Of THE MANDALORIAN