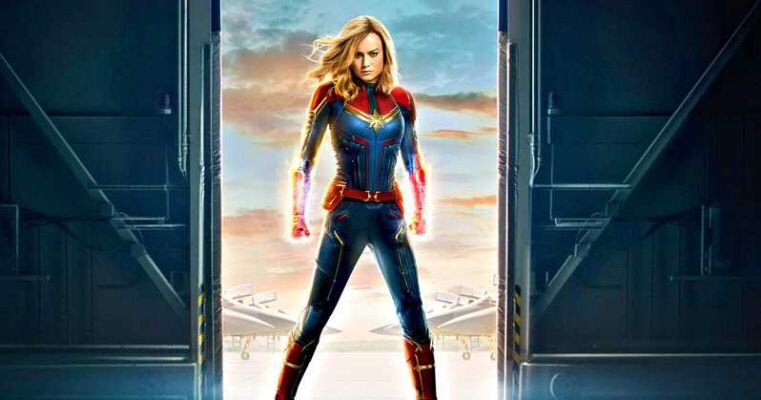 The Avengers last hope is finally here! After 20 plus films, Marvel gives us their first female-led superhero film, and the result is a delightful movie in keeping with Marvel’s strong cast of iconic characters.

Brie Larson shines as Carol Danvers aka Captain Marvel. The character takes some time to warm to given that the character is discovering herself as we are, but the transition is made stronger with Larson at the helm. We don’t know much about Danvers when we start, not even her name, but what we do know, we like. She is resilient, cunning, and a bit kooky. It makes the moment when it all comes together that much more potent. It begs the question of just how much our memories truly shape us, and how much of it is intrinsic to us regardless.

Her chemistry with Nick Fury (Samuel L. Jackson), makes for some truly wonderful character moments. It may be the first true buddy comedy in the MCU, perhaps more-so than Thor: Ragnarok. It’s wonderful to see Jackson explore new shades of a less jaded Nick Fury. Some might be tempted to argue that it would’ve been good to see more hints of the man he would become, but I would posit that it’s equally important to see him so hopeful, exhilarated even, after his adventure with Captain Marvel. We see that pragmatism at work when he begins to consider that perhaps an initiative to protect, avenge even, the Earth in Captain Marvel’s might be necessary. It provides wonderful context when one considers why a man as jaded and pragmatic as Fury becomes in later films, would still dare to hope in heroes.

The rest of the cast is also quite solid. Annette Bening is perfect for the dual role of Supreme Intelligence and Mar-Vell. Ben Mendelshon rocks the house as Talos, Leader of the Skrulls. Jude Law is also excellent at Yon-Rogg, Danvers’ mentor and Lasana Lynch is wonderful as Maria Rambeau, Danver’s best friend. Welcome additions include Clark Gregg as Phil Coulson and Djimon Hounsou as Korath, returning from previous films. Lee Pace also returns as Ronan, but his appearance does little to make the character any more memorable. It doesn’t matter however because we all know the real star here is Goose.

As far as origin films go, this is one of the better ones for me. This movie gives us a hero who resilient enough to do the right thing, yet never stubborn enough to re-evaluate what the right thing just might be. She’s a hero who, like Marvel’s other Captain, thrives in adversity and knows that true strength comes standing tall after you’ve been down.

There is a moment in the film, a wonderful montage of moments where Carol reminisces about the times she’s fallen and subsequently, how she’s gotten back up, ready to fight again. I couldn’t help but think of Rocky, and his famous adage. “It ain’t about how hard you hit. It’s about how hard you get hit, and keep moving forward.” This is Captain Marvel to a tee. The movie sometimes stumbles, but man does it know how to finish the fight.

Next post Box Office: CAPTAIN MARVEL Blasts Off Into The Stars!