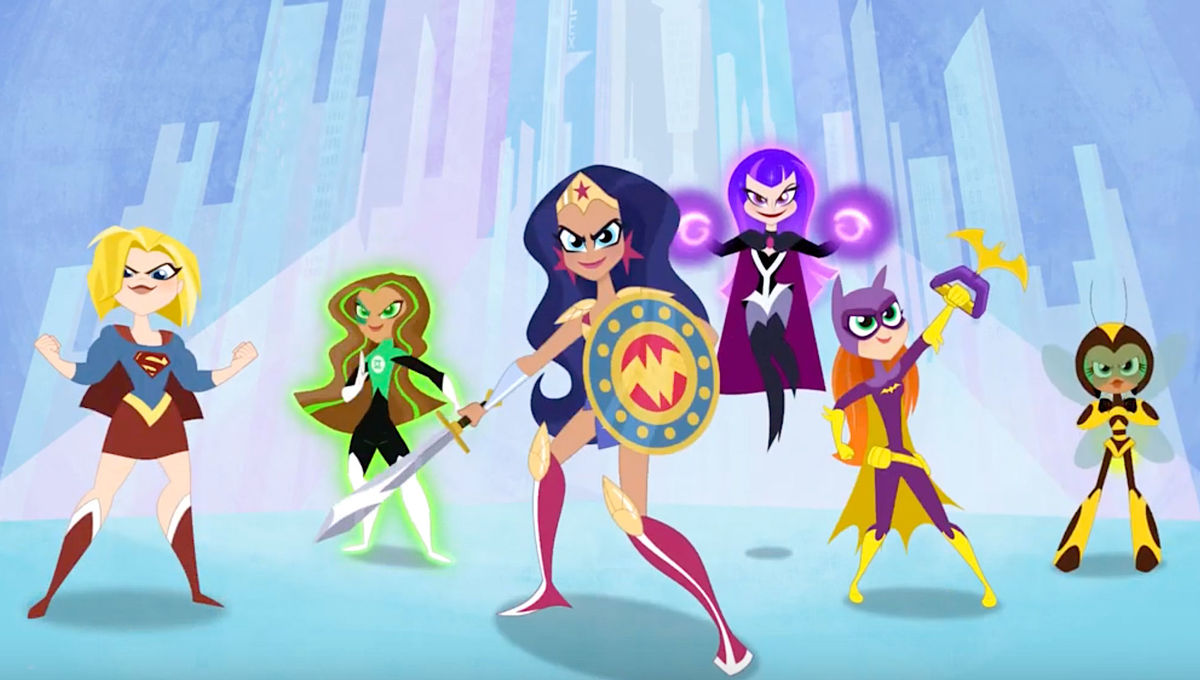 If you were born anytime between 1990 and now, I’d say chances are quite high that acclaimed animator and writer Lauren Faust has had a part in at least one of your favorite cartoon shows growing up. With a portfolio that includes the likes of shows such as The Powerpuff Girls, Foster’s Home for Imaginary Friends, Wander Over Yonder and My Little Pony: Friendship is Magic, Faust has been a prominent part of many a childhood. And as it just so happens, Faust has a new show that’s premiering tonight on Cartoon Network at 6 pm ET: DC Super Hero Girls!

The new action-adventure and comedy animated show is a relaunch of the webseries and toy line of the same name, focusing on a teenaged lineup of Barbara Gordon/Batgirl, Diana Prince/Wonder Woman, Karen Beecher/Bumblebee, Jessica Cruz/Green Lantern, Kara Danvers/Supergirl and Zee Zatara/Zatanna. For the past month or so, the show’s official YouTube channel has been posting promotional videos such as a trailer, character descriptions and several animated shorts.

My first impressions are generally optimistic. While Faust’s interpretations of these DC characters are all noticeably different from their comic counterparts and familiar archetypes from some of Faust’s previous shows, I appreciate the personality and charm they all have here and recognize that DC Super Hero Girls is targeted for a different audience than yours truly. Besides, it’s not like many of these characters haven’t been interpreted in other ways in the past! What I find exciting is that this show- hopefully- will introduce many audiences to some of the best characters in DC Comics for the first time.