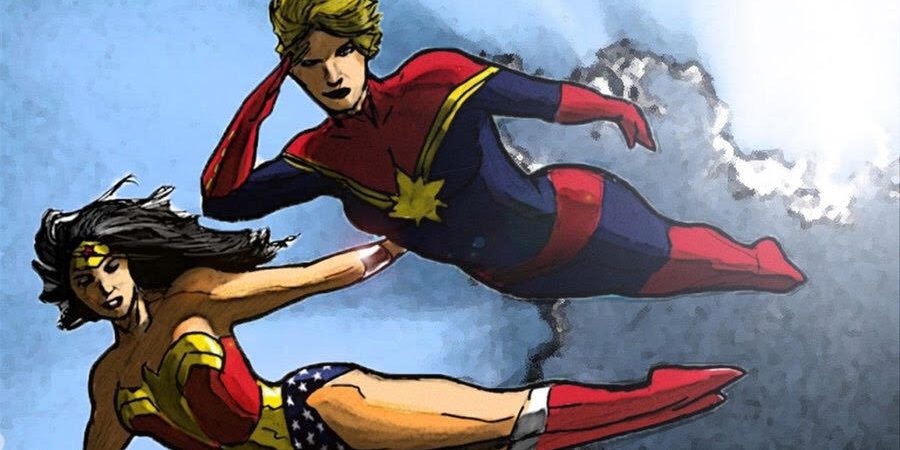 It’s often said that the idea of a rivalry or feud between comic book titans DC and Marvel is a childish one. And yet, despite overwhelming evidence that the people who actually work at each company don’t see themselves as having to “defeat their dreaded rival,” fans always find a way to make it an “Us versus Them” proposition. Well, Wonder Woman 1984 director Patty Jenkins is having none of that when it comes to Brie Larson’s Captain Marvel.

Jenkins has surely caught wind of the efforts made by some to pit the two super-powered heroines against each other, as if Captain Marvel only really exists as Marvel Studios’ “answer” to the resounding success of 2017’s Wonder Woman. And countless blog sites have attempted to compare the two heroes, pointing out how the box office prospects of Captain Marvel compare to what Wonder Woman was able to achieve.

The celebrated director took to twitter to wish Captain Marvel well, and she even shared a piece of artwork that captures how we should see the two iconic characters working together, not competing. Here’s what she posted this morning:

The caption reads “Congratulations team Captain Marvel! Can’t wait to see it and our whole WW crew wish you a great weekend. Love this gorgeous piece by [John Yandall].”

This is just the latest example of a director on a DC or Marvel property coming out in support of what their supposed “rival” is releasing next. In recent weeks, Shazam! director David F. Sandberg and his star Zachary Levi have taken to social media to denounce hateful online campaigns attempting to pit their film against Captain Marvel.

Think fans will ever let the two brands simply coexist and enjoy whatever they enjoy regardless of which company produced it? One can dream.