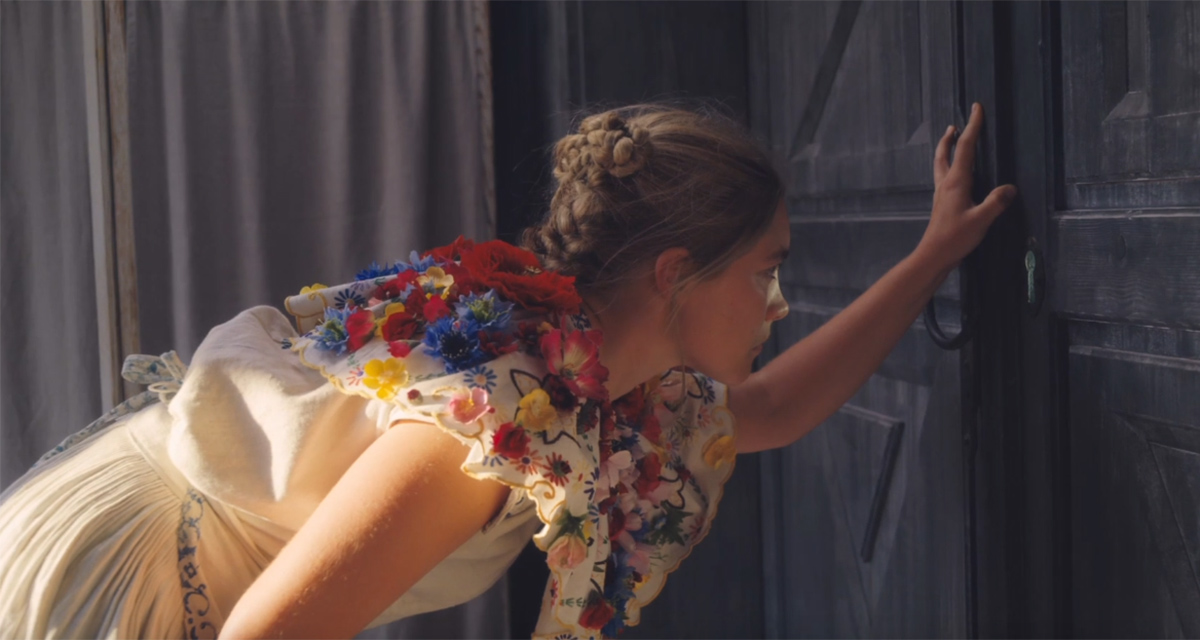 In case you missed my numerous hints on the matter in previous articles, I adored Ari Aster’s Hereditary. We’re already three months into 2019 and I’m still struggling to decide between that horror masterwork and Spider-Man: Into the Spider-Verse for my favorite film of 2018. So when I heard last year that Aster was already working on his sophomore release and that it would be another horror film titled Midsommar, I was intrigued at the possibilities. While horror fanatics still have to wait until this August to see the film proper, A24 have already released their first teaser trailer for Midsommar!

The most immediate takeaway from the teaser is how bright Midsommar looks. This is a far cry from what most horror films look like, with hardly a dimly lit interior scene in sight. Most of the teaser takes place outdoors, depicting images of lush green fields, villagers all dressed in white, countless sorts of vivid flowers and pastel-painted houses and walls. Further emphasizing the visual disconnect are the stylish “white bars” framing the top and bottom of the trailer rather than the traditional and more neutral looking “black bars.”

I have to say, I really love the visual style on display here. The cinematography here is incredibly idiosyncratic and quite disarming as a result, making the more horrific nature of the film’s content all the more unsettling to think over. In a way, it reminds me of how Stanley Kubrick’s The Shining was lit brightly in contrast to the more archetypal “dim lighting” look found in most any other haunted house horror film before or after.

What did you think of the teaser for Midsommar? Share your thoughts with us down below!