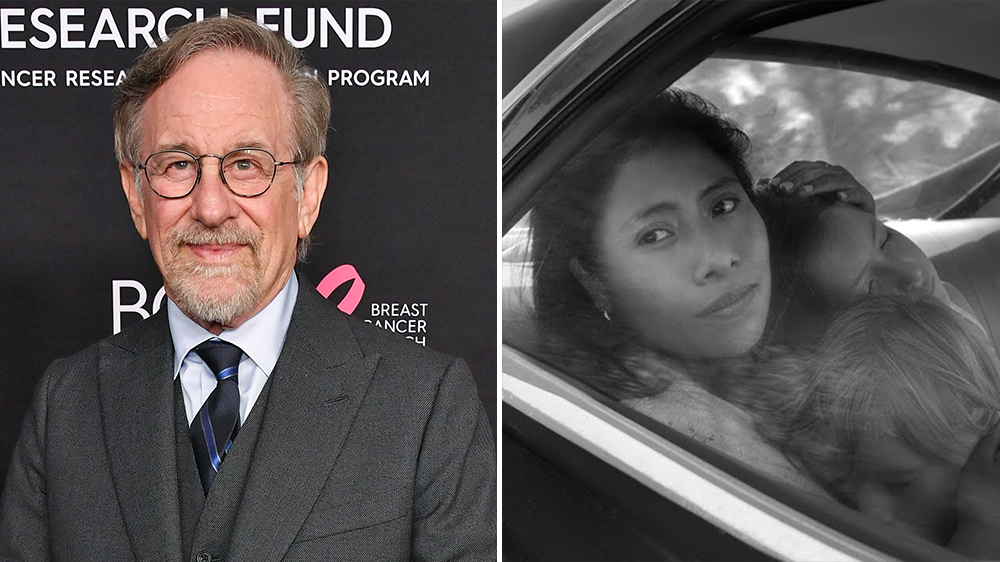 Oh boy, here we go… In case you missed it over the weekend, the film community erupted in debate upon reports that legendary filmmaker Steven Spielberg plans to promote changing the rulebook at the Academy in its next meeting after Roma was nominated for Best Picture in this year’s Academy Awards. He hopes to prevent films like Roma that are released on streaming services such as Netflix, Amazon Prime or Hulu from being nominated for awards in future Oscars. The Raiders of the Lost Ark director reportedly believes that such projects should be able to compete for awards in the Emmy playing field.

“Steven feels strongly about the difference between the streaming and theatrical situation,” said an Amblin spokesperson to IndieWire over the weekend. “He’ll be happy if the others will join [his campaign] when that comes up [at the Academy Board of Governors meeting]. He will see what happens.”

“We love cinema. Here are some things we also love:

-Access for people who can’t always afford, or live in towns without, theaters

-Letting everyone, everywhere enjoy releases at the same time

These things are not mutually exclusive.“

Personally speaking, I have to side with Netflix here. As much as I understand Spielberg’s view on the matter and value the ability to see amazing films on the big screen, it’s impossible to ignore how the current state of affairs with theaters impact the movie industry as a whole. I adore superhero films and all sorts of other big tentpole blockbuster franchises, but it’s becoming increasingly more difficult for more experimental and idiosyncratic films to find their proper audiences at the movie theater.

Consider films such as Ari Aster’s Hereditary or the Oscar-nominated Roma itself. While Hereditary did see a proper theatrical release last summer, it was met with an all too common backlash from many general audiences who went in expecting a festival of jump scares, rather than a slow-burner filled with existential dread and introspection on the destructive behaviors often found in our families. I suspect Hereditary would have likely found a more immediate and positive reception from audiences had it been released on a streaming service for its niche group to find it. It is pivotal for the future wave of filmmakers that they be properly recognized for their efforts in the Academy, rather than in an inappropriate avenue such as the Emmys.

But this is a tricky situation, for sure. Just last week, our Editor-in-Chief wrote a piece chiming in on this subject, and he sounded like he leaned more towards Spielberg’s way of thinking.

It’s definitely not a cut and dry situation. What do you think?

CONTINUE READING: “A Tale of Two Stevens: Spielberg and Soderbergh Differ On Theatrical Releases Versus Netflix“

Next post METAL GEAR SOLID: Oscar Isaac Wants To Be Snake, Director Says The Role Is His If He Wants It