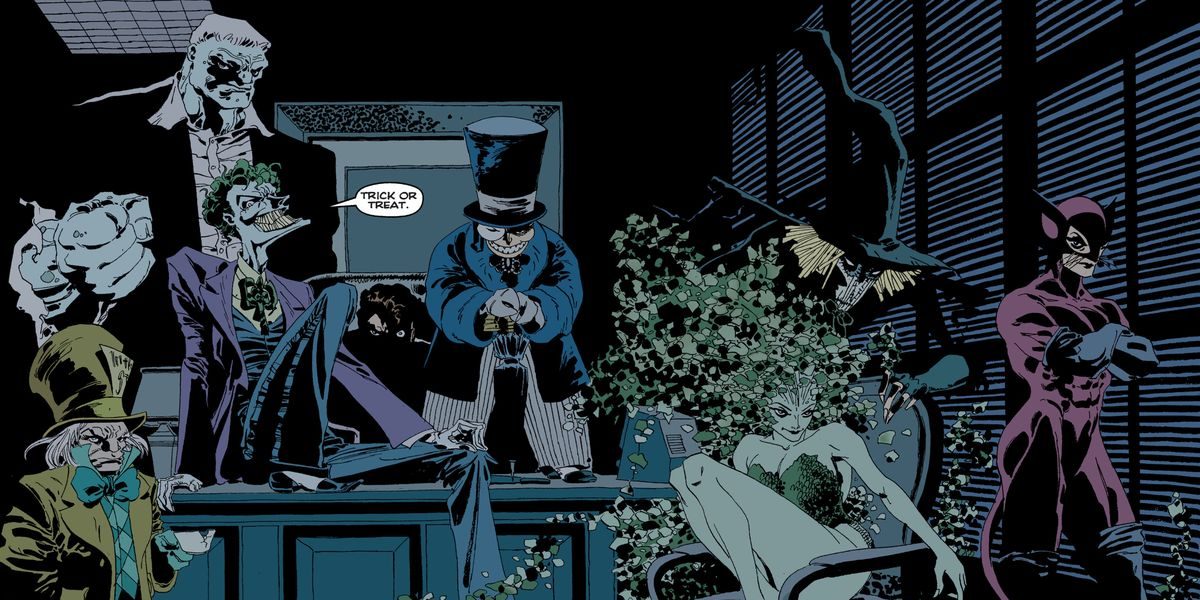 A few weeks back, The Batman writer-director Matt Reeves let slip a tidbit that didn’t get nearly enough attention. When discussing the villain situation for the film, the filmmaker said “There will be a Rogues’ Gallery.”

That’s a whopper of an answer because, traditionally, films like these have one or two villains. Yet some of the most iconic Batman books of all time center on the Dark Knight having to encounter several villains while trying to crack the main case of the story. I’m referring, of course, to books like The Long Halloween (which is getting a two-part animated movie) and Hush.

So for Reeves to imply we’ll be encountering a “gallery” of villains is pretty exciting, and it adds credence to the idea that this film will draw inspiration from some of the best, twisty detective tales in the Dark Knight’s literary history. It also lines up previous reporting of mine about the film featuring multiple villains, with one of them being Penguin.

This begs the next question, of course, which is “Well, how many?“

And while I don’t have a definitive answer for you, as Reeves is putting the finishing touches on his next (and presumably final) draft of the script, I’m happy to share what Batman-On-Film is claiming.

Our friends over at BOF recently put up a mailbag feature where readers could ask founder Bill Ramey questions about all things Batman. One of the questions was about the number of villains we should expect to see, to which Bill replied, “There are at least four.”

Mind you, this doesn’t mean four full-fledged primary antagonists. I expect some of them may only appear for a scene or two, as Bruce interrogates his way up the chain to the main villain(s).

I’m telling you. This thing is going to be special. Hope you’re ready.

Next post DETECTIVE PIKACHU Debuts A New Trailer, And An Old Scoop Gets Confirmed