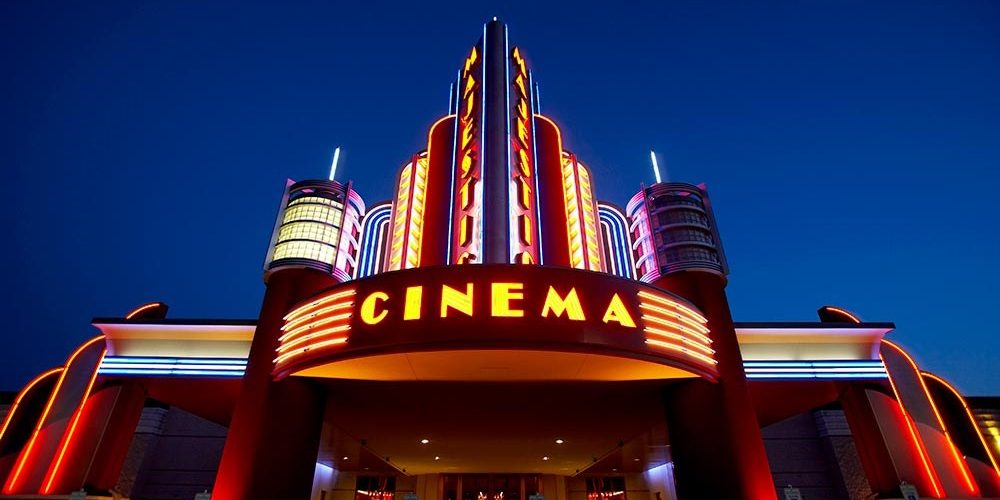 Two of the most respected directors in Hollywood have recent quotes worth dissecting if you’re like me and you’re paying close attention to the way studios are rethinking theatrical releases for their films.

In one corner, you have the legendary Steven Spielberg arguing that the theatrical experience should always be the goal for a filmmaker.

In the other, you have the boundary-pushing auteur Steven Soderbergh who thinks platforms like Netflix are ideal for showcasing films like his new one, High Flying Bird.

So let’s take a moment to see what they’ve said about theatrical releases, then consider how we feel about all of this.

While receiving the Filmmaker Award at the Cinema Audio Society’s annual CAS Awards, Spielberg- who said last year, in a pre-Roma world, that Netflix movies shouldn’t be considered for Academy Awards because they’re “TV movies“- said:

“I hope all of us really continue to believe that the greatest contributions we can make as filmmakers is to give audiences the motion picture theatrical experience. I’m a firm believer that movie theaters need to be around forever.”

Then, on the other end of the spectrum, Soderbergh explained why Netflix was really the best and only option for High Flying Bird– this coming after years of Soderbergh toying with release models, including simultaneous theatrical and on-demand release dates:

“Look, if I can pry any information out of Netflix, I would absolutely assume that there will be more eyeballs on this thing on that platform than ever would have been on it in a theatrical version of release. It would seem impossible that that’s not the case.

“The other thing is, there are other issues, you know, that sometimes don’t come up as often, but are relevant to me, and I’m assuming relevant to some other people, and that is I don’t have to chase this thing around the world selling it. I do it once. I do it here. That’s it, and that’s a big relief. That’s not a part of the process that I, like, look forward to, and to have that become efficient, and sort of surgical, is huge for me, you know?”

There are surely pros and cons to each viewpoint here, and I primarily want to hear what you– the fans- think. But I’ll also toss in my two cents before we begin the conversation:

At the root of all of this, you get the sense that Spielberg is thinking with his heart while Soderbergh is thinking with his mind. Spielberg seems to love the magic of “going to the movies,” as opposed to just plopping down on your couch and pressing Play. He thinks the communal experience of getting a bunch of people from different walks of life into one cinema so they can share a joint experience is part of what makes moviemaking the art form it is.

Yet Soderbergh’s stance makes sense when you consider how much more streamlined the process is for filmmakers now. Less selling, less begging, fewer political games to play. Just make a movie, and then let Netflix’s huge subscriber base decide whether it’s worth watching or not. If they love it, and it becomes the next Bird Box, great. That’s ideal. If it sinks and gets lost in the shuffle on the streaming giant…it probably would’ve done the same in theaters, but will still likely end up being seen by more people at home than in a theater.

Personally, I’m on Spielberg’s side.

I think technology is pushing everyone apart, despite all of the “obvious” ways it’s supposedly bringing us together. People are using technology as a way to avoid being around other people, rather than allowing it to enhance their human interactions.

These days, you get the sense that no one goes to a store anymore. No one goes anywhere “on a whim” anymore, without an app that guided them there in some way. With the online marketplace the way it is, and with a smartphone in practically everyone’s pocket, you can probably go several days (if not weeks) without interacting with another human being.

Not to sound like a preachy hippy, man, but I’m a firm believer that people thrive through communication and interaction with other people. And, when it comes to the moviegoing experience, a big part of what sticks with me about a film is the way it felt to experience in a room packed with strangers. We all went on journey together; We laughed, we cried, we empathized together.

Sure, there may have been one Chatty Cathy too many sitting near me. And maybe I wanted to go dump a cold Coca Cola on the head of the couple that brought their infant to a Stephen King movie. But know what? That’s all part of the human experience. And I think the human experience is greatly enriched by sharing in the magic of movies together.

But enough from me. What do you think?

Do you prefer films getting theatrical releases before coming to a streamer like Netflix? Do you think a Netflix film is just as deserving of acclaim as a movie that played well in local theater houses around the world? Should the theatrical experience be around forever?

Sound off in the comments below!