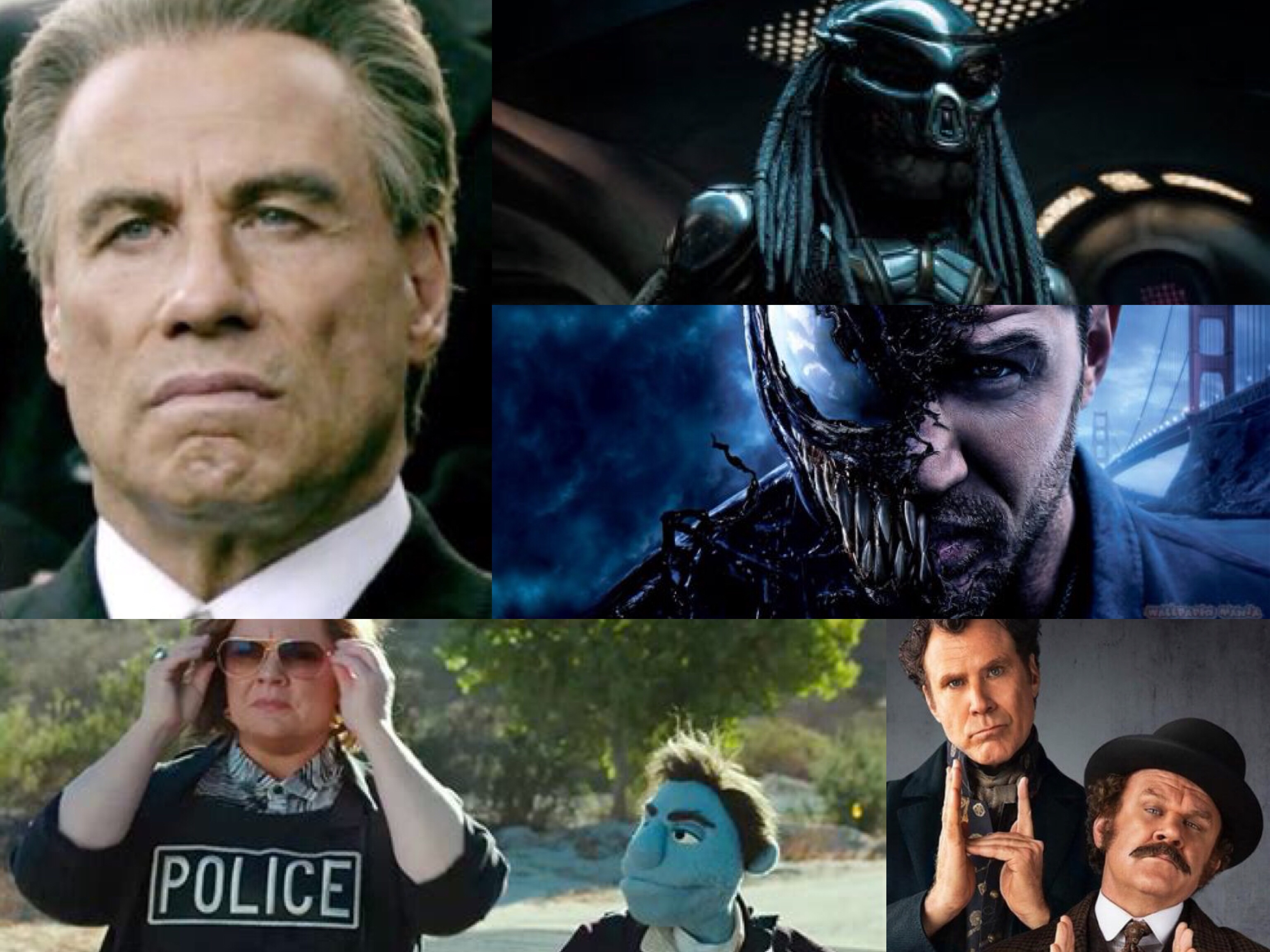 Another year has come and the 2019 Oscars are fast approaching, celebrating the best of 2018! While my top 10 list will be up tomorrow, let’s take a quick look at the true turds of 2018.

Fans awaiting the triumphant return of this franchise were left wanting once again with this disappointing sequel. While this series has never really had a great sequel, this particular film was a slap in the face for fans given that the director was none other than Shane Black, a director known for great flair and a star of the the first Predator film. Hopefully the Predator series will get its ALIENS, but it sucks to say that it will be awhile longer.

This entry is another disappointment from an otherwise talented director. Ava DeVarney does accomplish some inspired moments and visuals here, but they are few and far between and the narrative proves to unwieldy to adapt for a cinematic format. The result is a mess of an adaptation that confused fans of the book and bored casual moviegoers.

To be fair to the film, my concerns that I had going into the film were assuaged with a Venom that looks straight from the page and a fealty to the comic books that is quite impressive given it’s glaring omission of Spider-Man. In exchange I walked out with a whole new slew of problems. The script is uneven and the direction is messy. Tom Hardy has some cool moments, but none of the actors seemed to show up for work, which is a sad thing when the cast consists of the likes of Riz Ahmed, Michelle Williams and Jenny Slate. Hopefully the series course corrects with a sequel, but I’m not convinced.

No we get into some retched material. Because this movie commits an ultimate sin of movies for me. Taking a concept that should be a home run for entertainment value, and makes it boring. It’s a true accomplishment to make a movie that climaxes to 5 monsters fusing to make a super-monster and be too bored to give a collective s#!& about it. It’s Robots vs Monsters!!! How can you cock this up?!?

This movie is yet another dystopian YA bore, with bland characters, bland scripts and production value that looks like another Zero Calorie Blade Runner. If ever there was a genre that needs to go the way of Ol’ Yeller, it’s this one. And stop sequestering Giancarlo Esposito! He was Gus Fring damn it! He deserves better!

It’s Tyler Perry’s worst movie. It’s Fatal Attraction from the guy who gave us Madea’s Big Happy Family. So extrapolate that from where you will folks. Taraji P. Henson can’t save this script that reads like a bad college play. It’s dumb, it’s boring, an utter waste of celluloid and ultimately, an utter waste of my time.

A dirty “Muppet” movie? This should’ve been an easy win. Instead this movie is lazy, humorless and mean-spirited. An R-rated murder mystery set in a “Muppet” type world is a gift of a set-up, not an excuse to indulge lazy tropes and lazy jokes. Movies that rest on the laurels of their concept annoy the hell out of me, and never has that been more apparent then in this film.

This film was just a bad idea from the start. This parody of Sherlock Holmes tries to be “21 Jump Street” and instead ends being the “Batman & Robin” of Sherlock Holmes. The humor is so uncomfortable most of the time, that whenever a good joke manages it’s way through, you almost feel too self-conscious to laugh. Not that it happens often, mind you. Both Will Ferrell and John C. Reilly indulge their worst comedic tendencies and it’s just grating. Just give us a Step Brothers sequel and get it over with.

Poor Taraji P. Henson shows up twice on this list. But this action vehicle was such a disappointment. It was the first movie I reviewed for this site and I stated that this movie should’ve been a home run and it was like watching Derek Jeter strike out at T-Ball. It’s so inept that it even screws up the easy win of a grand final showdown set to the Tina Turner classic. It’s all wrong and this Mary has nothing to be proud of.

John Travolta stars as notorious New York gangster John Gotti. It tries to be Goodfellas, but Kevin Connolly (you know, “E” from Entourage?) is no Martin Scorsese. Shocker. This film is the most inept film I’ve ever seen from people who should know better. There’s a party scene set in the 80’s and Pitbull plays on the radio. The actor playing John Gotti JR is perpetually 26 and ripped, even when inter spliced news footage clearly shows him as overweight and 40 later in the film. The storytelling decisions made in this film are laughable and delivers the gangster movie equivalent of Cutthroat Island.

It’s a decent biopic to be sure and the concert sequences are electrifying. Rami Malek also crushes it as Freddie Mercury. But with schmaltzy writing and historical inaccuracies that are confusing at best and insulting at worst, it’s a wonder this film is getting the award buzz that it’s getting.