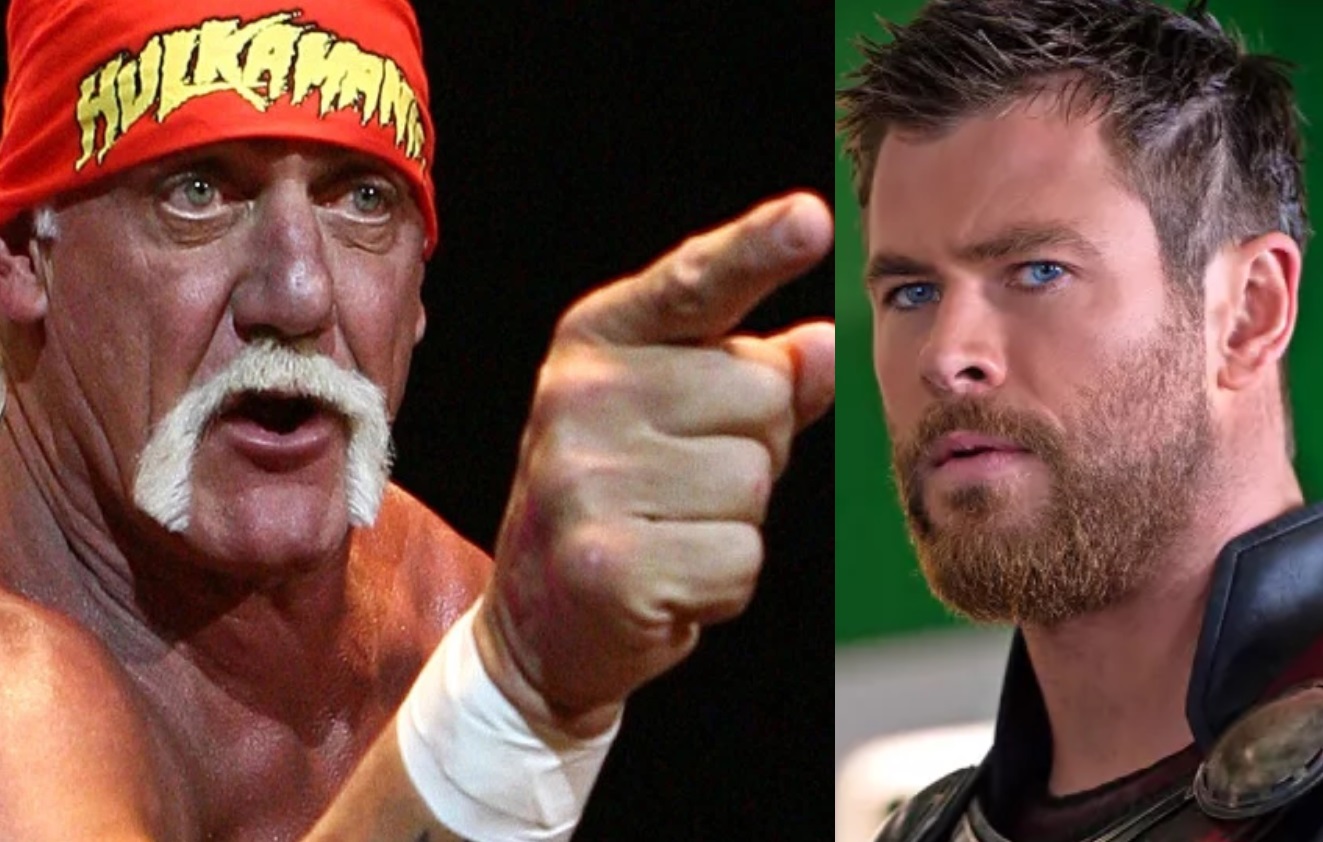 Chris Hemsworth’s been on a bit of a roll the past couple of years. After all, his iteration of Thor in the MCU leaped up to being one of the top fan-favorites in the whole cinematic universe on the back-to-back strengths of Thor: Ragnarok and Avengers: Infinity War. He’s starring in the new Men In Black reboot with Tessa Thompson later this summer and leading in a film penned by the Russo Brothers titled Dhaka. Now the Australian actor is set to play another exciting role- one that I’m wagering our very own MFR will be excited to see on the big screen.

THR reports that Hemsworth is set to star in a biopic about the rise of legendary wrestler Hulk Hogan and the “origin story of the Hulkster and Hulkmania.” The film will be helmed by Joker filmmaker Todd Phillips and be written by Scott Silver and Stronger scribe John Pollono. The film will be produced by Michael Sugar of Spotlight fame via Sugar23, as well as by Phillips and Bradley Cooper via Joint Effort. Hemsworth and Eric Bischoff will also produce the film. The site adds that a deal is “in the midst of closing” with Netflix.

It’s definitely an interesting project. I’m not very familiar with wrestling or Hogan himself personally, but Hemsworth definitely seems capable of doing justice to the hammier side of wrestling.

If you’re a fan of pro wrestling, which I know we’re going to begin covering here at Revenge of The Fans this year, you owe it to yourself to check out last week’s special episode of The Fanboy Garage– which was a wrestling blowout with special guests.

What do you think of this news? Are you interested in seeing a Hulk Hogan biopic? Be sure to join the conversation with us down below!

Next post Michael B. Jordan’s Hitman Thriller THE SILVER BEAR Finds Its Writer and Director