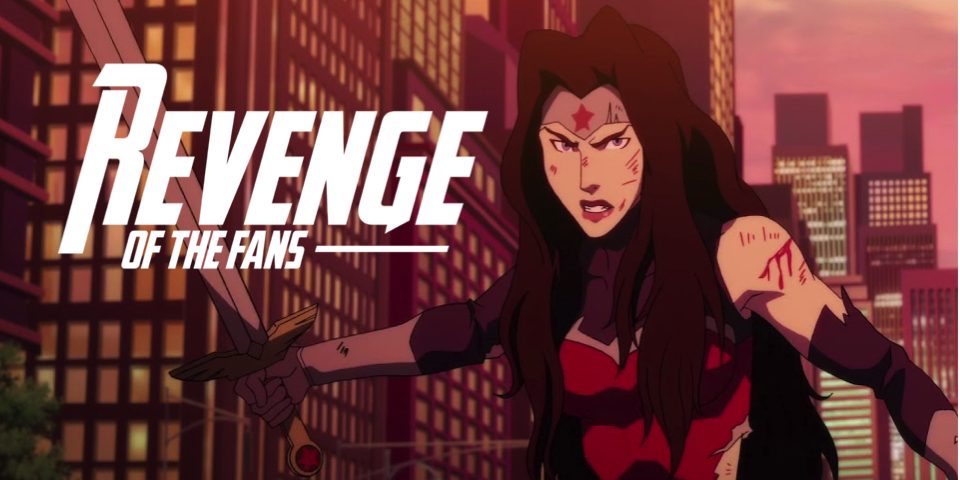 At last summer’s San Diego Comic Con, DC announced that they’d be releasing an animated film called Wonder Woman: Bloodlines. It was a shocker to fans, since DC had already announced that Reign of The Superman, Batman: Hush, and Justice League vs The Fatal Five were coming out this year. But DC said 2019 would be “special”, and that’s why they were excited to reveal a fourth animated film set to arrive this year.

But since then, there really hasn’t been much else to say about the project. We exclusively revealed the voice cast for Batman: Hush. Reign of The Superman was recently released. The cast for JL vs. The Fatal Five was announced. Yet there’s been a drought when it comes to the first animated Wonder Woman movie since 2009.

Because we’re Revenge of The Fans, and this is what we do.

We’ve gotten our hands on the main cast for Wonder Woman: Bloodlines, and much more than that, potentially.

Let’s start with the cast, along with any notable credits or DC voice work they’ve done:

Right off the bat, one insight is painfully obvious, and that’s that this film will be set in the same animated DC Universe as Death of Superman and Reign of The Superman, just like Batman: Hush will be. Why? Because Rosario Dawson is back, and she’s been making the role of Diana her own now- in an animated sense- since 2015’s Justice League: Throne of Atlantis.

As things stand now, DC animation is following a similar model to what they’d like to bring to their live-action formula, where there’s both a shared universe as well as disconnected, standalone stories. It’s safe to say that Bloodlines will be part of the former with Dawson back as Wonder Woman.

Also of note is a potential storyline nugget I may have uncovered.

See, while the film’s official title is Bloodlines, it’s also got a code name. And while code names don’t always mean much, I found the one for this film rather interesting: “Swan Song.”

The reason that intrigues me is that if you look up “Wonder Woman Bloodlines,” there is no famous storyline that pops up. But when you research “Wonder Woman Swan Song,” what comes up is an old nemesis of Diana’s named Silver Swan.

Here’s some background on the character, courtesy of DC Database:

“Silver Swan is a legacy character and enemy to Wonder Woman. They each have the powers of flight and sonic energy, able to fire blasts and emit force fields using sound. Ballet dancer Helen Alexandros was given her powers by the god Mars including super-strength, and was active during the Bronze Age. In Post-Crisis continuity, lonely heart Valerie Beaudry took the name after exposure to radiation although she needed artificial wings. Vanessa Kapatelis became her successor, a corrupted friend to Wonder Woman who also wore an exo-skeleton. Alexandros would later be introduced as the third Swan.”

So there have been a few versions of the character in the nearly 37 years she’s been around, but one thing always remains true, and that’s that she’s a villain for Wonder Woman.

Might she be in Wonder Woman: Bloodlines? Right now, since we’re only going off the “Swan Song” code name, I can only give a firm “Maybe.” But it’s definitely an intriguing possibility to keep in the back of your mind until we hear more about this project.

What do you make of the first info we’ve gotten about Wonder Woman: Bloodlines since the project was announced last July?