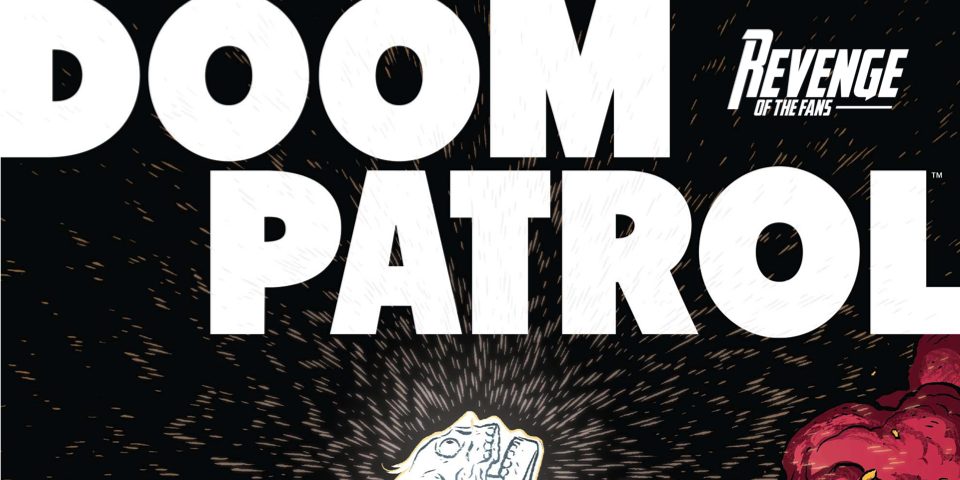 This week has people excited for DC’s new live-action series Doom Patrol, which is set to debut on the DC Universe streaming app tomorrow. The buzz around the show is palpable, and so I thought I’d check in to see if I could dig up any interesting bits of info on it as we all prepare to check out its inaugural season.

Something that always tends to catch my eye is when an actor is listed on the internal cast list for a project, but has yet to be revealed to the public in an official capacity. That tends to tell me that they’ve got something interesting planned for the unlisted performer- something they’re holding onto.

I found one such name on the cast list for DC’s Doom Patrol, and that’s Curtis Armstrong.

Armstrong is a prolific character actor with a career that goes all the way back to 1983, where he made his debut in the film I still associate him most with: Tom Cruise’s Risky Business. But for most others, Armstrong is probably best known for his work in “Booger” in four Revenge of The Nerds movies.

Aside from his name being conveniently withheld, there’s something else about Armstrong’s involvement in Doom Patrol that intrigues me: Despite it being a live-action series, Armstrong is apparently only contracted to provide his voice.

This means that, similar to Brandan Fraser- who voices Robotman in the series– Armstrong will likely be playing a character that’s a bit larger than life; Someone who’ll be either heavily costumed, made-up, or is possibly rendered digitally on the series.

Feel free to start speculating about which character from the Doom Patrol mythology Armstrong may be voicing.

CONTINUE READING: “RTF EXCLUSIVE: Character Breakdowns For CYBORG And CHIEF From DOOM PATROL Show How Connected DC Universe Will Be!“

Next post Michael B. Jordan Reveals Which Superman He Would Play, Amidst Rumors