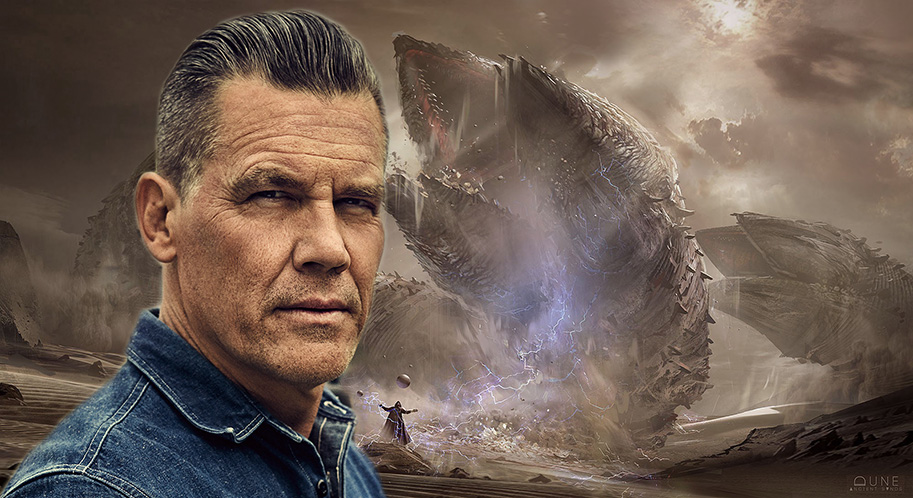 On this Valentine’s Day, it’s worth remembering the people and parts of your life that you love. For instance, let’s take the time to appreciate the wonderful filmography of French Canadian filmmaker Denis Villeneuve. Easily my favorite director working today, Villeneuve’s latest two films (Arrival, Blade Runner 2049) now stand as modern classics in the science fiction genre- and his next project seems primed to be yet another classic in the genre. His upcoming adaptation of Frank Herbert’s classic novel Dune has been hotly anticipated for sometime now. At this point it feels like this movie has had a surplus of exciting news, with practically every actor reported to play a role in the film being a promising choice.

Adding yet another big name to the Dune pile, reports are out that actor Josh Brolin is in talks to join Villeneuve’s cast as Gurney Halleck, a skilled minstrel and swordsman who also acts as Timothee Chalamet’s Paul Atreides‘ weapons teacher. In David Lynch’s previous adaptation of the book back in 1984, Halleck was played by thespian Patrick Stewart. Much like potential co-star Dave Bautista, Brolin previously collaborated with Villeneuve on the 2015 thriller Sicario.

Maybe it’s the Valentine’s Day spirit, maybe it’s just my admiration for Villeneuve’s films, but I feel like I have to pinch myself whenever a new actor’s announced for this movie. It’s just insane to see a film filled across the board with so many big or acclaimed names. I can only hope the film does well enough to where Villeneuve is given the green light to make a Part Two for Dune.

Next post RTF EXCLUSIVE: ‘DC’s DOOM PATROL Sets A REVENGE OF THE NERDS Star As A Mysterious Voice’